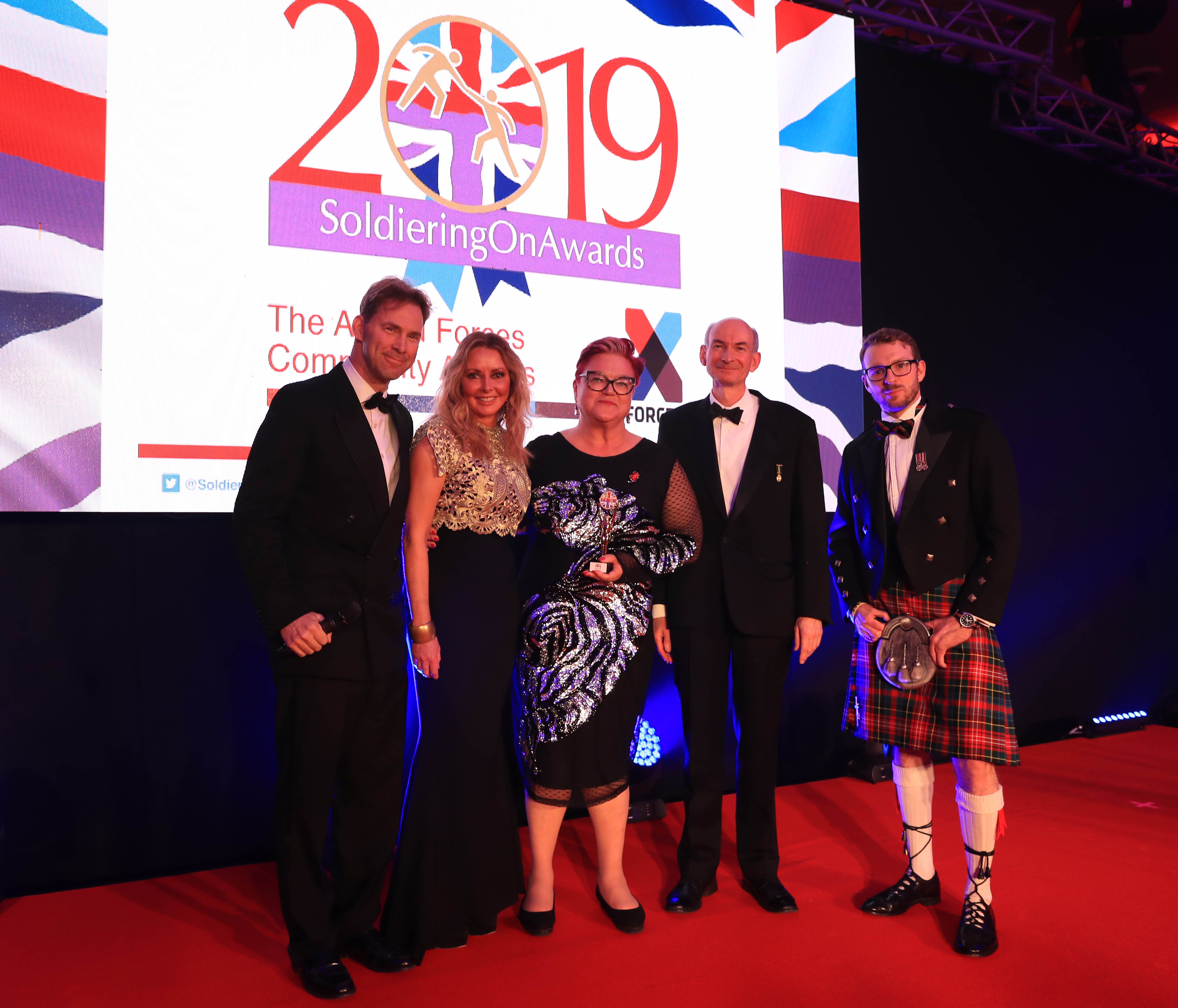 The Soldiering On Awards ceremony at the Park Plaza, Westminster Bridge Hotel on April 5th was an outstanding event, hosted by TV personality Carol Vorderman MBE, who is an Honorary Group Captain in the RAF, and former Royal Marine JJ Chalmers...

The Soldiering On Awards celebrate the achievements of the military community, by honouring serving and retired personnel, Veterans, their families and organisations that support the Armed Forces Community.

Awards Patron the Rt Hon Earl Howe PC Minister of State for Defence and Deputy Leader of the House of Lords said: “It has been humbling and a delight to celebrate the achievements of the Armed Forces Community tonight, at this year’s Soldiering On Awards. Each of the Finalists is a shining example to all of us, with their can-do attitude and valuable skills learnt in the service of our country.

"2019 is a milestone year for the Soldiering On Awards, which has evolved to become fully incorporated within X-Forces Enterprise following the success of our partnership in 2018. This means that tonight’s Award winners will be offered on-going support; ensuring that winning a Soldiering On Award is not an end in itself, but the next step to empower and support the aims and goals of each winner”.

Carol Vorderman MBE said: “The Armed Forces community means a lot to me and I was absolutely thrilled to be invited to host this year’s Soldiering On Awards. The UK’s military personnel and their families are some of the most dedicated in society, and it is no surprise to me that these individuals are achieving such amazing things.

"It is a testament to the hard work and tenacity of each of them, that they are Finalists in this year’s Awards. They are all making a difference to society whether in the provision of mental health care, on the sporting field or in business. It is wonderful to shine a spotlight on their outstanding achievements, and I can’t wait to congratulate them all.”

JJ Chalmers said: “It was a huge honour to be asked to be part of such a special night, particularly alongside Carol who has tirelessly supported the Armed Forces. During my recovery I have drawn my inspiration from the individuals around me, some of whom have been nominated here. Many of them are unsung heroes and I’m grateful they have the opportunity to have themselves and their endeavours recognised publicly”.

Ren Kapur MBE, Founder and CEO X-Forces Enterprise and Co-Chair of Judges, said: “The stars of the night are all of our amazing Finalists and the overall Award Winners who carry the baton for their respective categories. We look forward to supporting the next steps on your remarkable journeys over the next 12 months through the programme of support provided by X-Forces Enterprise. You are all amazing and we salute you all!"

Soldiering On Awards’ Ambassador for the Arts Carly Paoli performed a special song, in recognition of Remembered: There But Not There, in honour of all those who made the ultimate sacrifice during World War One.

Learn more about the Awards and who the winners were here.