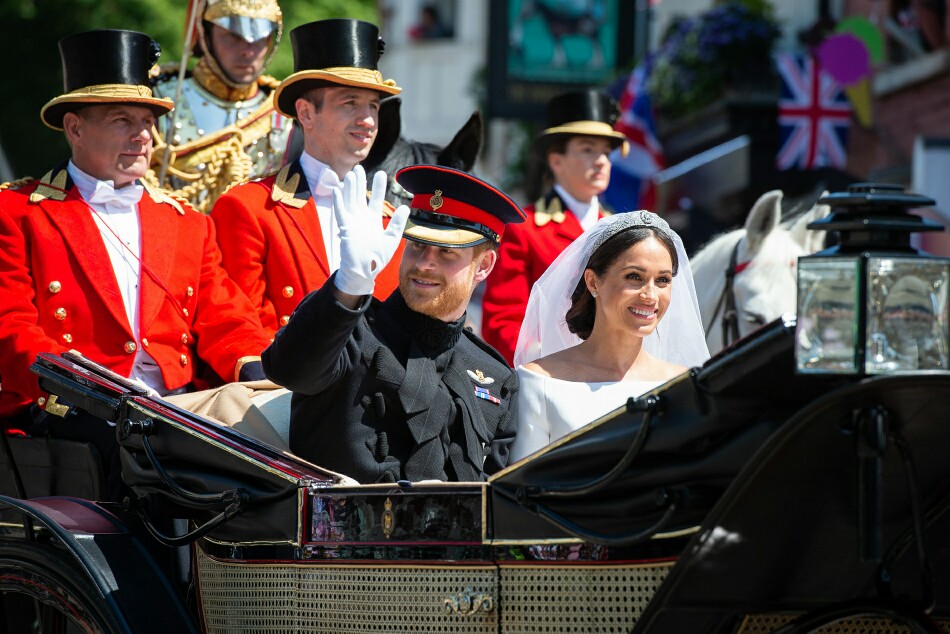 After a 10 year career (2005/15) with the British Army, former Blues and Royals Lieutenant and Army Air Corp Captain Harry Wales was at the focus of probably the most perfect demonstration of the application of British military planning, logistics, management and participation seen by millions worldwide...

33 year-old Harry may have had a non-operational role on the day but the planning and participation by hundreds of his former colleagues - ranging from pageantry to security - demonstrated that once again Britain looks to her Armed Forces to deliver world class service, not just in times of conflict but when royal, national and civilian events demand THE BEST.

In his three years post-service Harry has been active in many charities - particularly veterans organisations - including the Invictus Games and most recently Walk of America. The training and qualities that he developed in service have contributed to remarkable success and this year he was named by Time Magazine as one of the 100 Most Influential People In The World.

Some 16,000 other personnel left the military over the course of the last 12 months. Thousands upon thousands of skilled, motivated, dedicated and experienced men and women who have transitioned into civilian life and civilian employment.

We at FRS congratulate the Duke and Duchess of Sussex on their marriage and send our good wishes for their future.

Maybe, along with the estimated 1.9 billion worldwide television viewers, you were moved and impressed after seeing the glorious spectacle of the ceremonies and celebrations. Maybe, you should consider bringing someone from ‘The Best Trained Workforce In The World' into YOUR organisation.

Find out how, here.