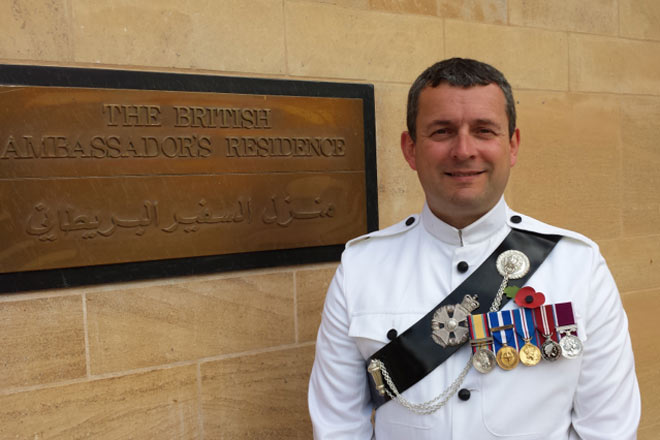 The Salamanca Band and Bugles of the Rifles who are part of the 6th Battalion, based in Exeter have this week been providing musical support to the British Military Mission and the British Embassy in Riyadh, Saudi Arabia.

Several members of The Salamanca Band and Bugles were deployed to support Remembrance events in Riyadh, Kingdom of Saudi Arabia following their performance at The Royal British Legion Festival of Remembrance in The Queen's Theatre, Barnstaple on Sunday 2nd November.

Their next performance will be on Sunday 9th November when The Salamanca Band's solo Bugler will perform at the Remembrance Parade at Exeter Cathedral.

We Will Remember Them...