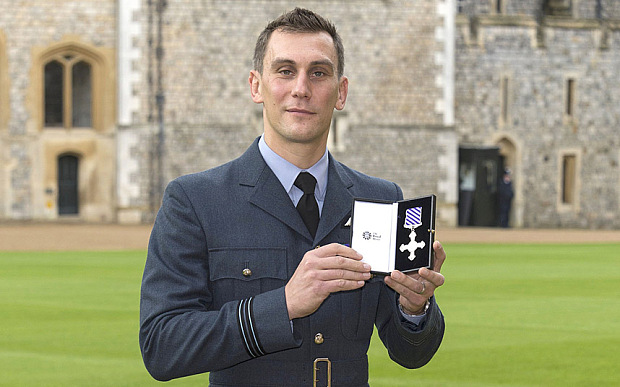 Flt Lt Charlie Lockyear, from Teignmouth has been awarded the Distinguished Flying Cross by the Queen at Windsor Castle.

He was awarded the honours for his extreme courage and bravery during a mission in Afghanistan in May 2013. The 35 year old of 18 (B) Squadron based at RAF Odiham in Hampshire, was dropping off troops when his Chinook helicopter came under fire and was badly damaged. He aborted the drop off but returned to the site to pick up troops left behind and facing insurgents. With no GPS or flying instruments and despite the troops being heavily camouflaged, they were found and Flt Lt Lockyear flew the aircraft back to Camp Bastion’s hospital, where the injured were treated.

To find out how Forces Recruitment Services can help you recruit the best for your business get in touch today.