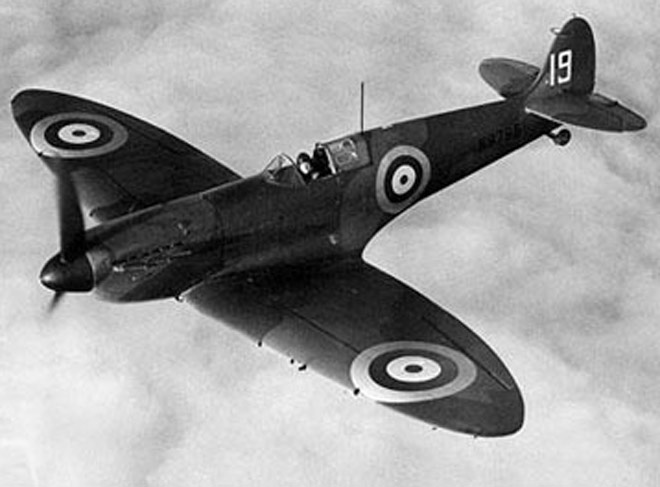 Armed Forces Day 2014 in association with Forces Recruitment Services (FRS) will be held at the prestigious Himley Hall and Park on Sunday June 29 to celebrate the work of servicemen and women - and where a Royal Air Force British combat aircraft will take to the skies....

Dudley Council has announced there will be a RAF Battle of Britain Memorial Flight spitfire flypast, an aircraft which played a major part in achieving victory in World War Two.   It will fly over the hall at approximately 2pm, weather permitting.

The event runs from 11am and will include children’s entertainment including a zip wire, go karts, climbing wall and trampolines.

There will also be a display of historic vehicles for people get up close to and explore.  The popular youth marching band will be return at 11.30am in the event’s main arena in front of the hall and people will be able to meet members of B Squadron, The Royal Yeomanry (Dudley Reserve Unit).

The day’s formal celebrations will begin at 2.30pm and will include performances by the Staffordshire Military Wives Choir and the D Day Darlings, a HM Armed Forces Veterans Badge presentation to veterans living in the borough, a concert by the Band of the West Midlands Fire Service.  The spectacular Beating of the Retreat will close the event.

The Mayor of Dudley, Councillor Margaret Aston, said, “We’re delighted with the line up for this year’s Armed Forces Day.  As Friday marked the 70th anniversary of the D-Day Landings, a significant turning point in the Second World War, it’s a real honour to announce the flypast from an aircraft that played an equally significant role in the War. We’ve got a fantastic entertainment including plenty of music and children’s activities."

Definately a day not to be missed!!