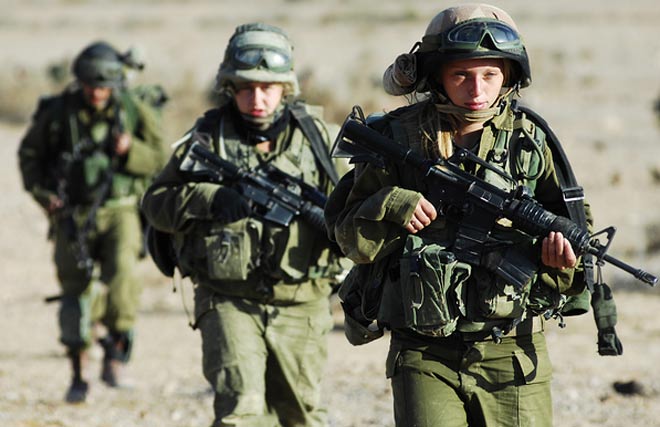 Great Reasons Why You Should Hire Ex-Service Men and Women

The transition from military service to Civvy Street can be tough because candidates lack a comparable employment history, but ex-service people have a lot to offer businesses who give them the chance to talk about their skills.

Carl 'Bear' Randell-Eyre, who was as Army tank driver for 23 years, made the national press after being turned down for 790 jobs because he “lacked civilian experience”. Randell-Eyre has 26 driving licences, for everything from 68 tonne Challenger tanks to helicopter recovery cranes, but was unable to apply these qualifications to civilian driving roles.

Running a Twitter campaign called @Givebearajob, which racked up over 2,500 followers, helped him find a job as a department transport manager for ASDA logistics in Bristol last week. It’s a happy ending for the Bear, but the case demonstrates just how hard it can be for the country’s ex-service men and women to sell transferable skills to businesses.

David Cooper, who served with the Royal Engineers for 22 years, was offered just one interview from 110 letters of application, but managed to get the job when he was finally able to speak to the employer face to face: “On reflection, I now realise I had no real idea about how the business world worked, the language it uses or more importantly how to get the break needed to get past and disprove the pre-conceived ideas many employers hold of ex-service personnel.”

Cooper’s break was provided by a Managing Director of a small training company and he went on to start his own company.

Thomas Cummings, Head of Corporate Relations and Communications at Hire a Hero, which provides practical support to ex-service personnel, recommends employers take the time to quiz candidates about their achievements and to work out how their experience is applicable:

“I’d recommend a hiring manager keep an open mind when asking about key achievements in past roles. By its very nature the military is dependent on team work and a team ethic and you will find many service leavers using the term ‘we’ when listing achievements when in fact it was their own personal success. A hiring manager might therefore be advised to follow this up with a question such as; ‘and what role did you play in the success?’ - dig a little deeper.”

This extends beyond the interview process and companies that hire ex-service personnel can benefit from offering reassurance that ideas and suggestions are welcomed throughout an on-going task or project. In order to present an idea while in the forces you often need an invitation to do so.

Cummings added that there is a wide range of demographic of personnel available and relevant jobs cover everything from administration roles, to sales accountancy and beyond: “If you aren’t sure if a role might be applicable to the forces community get in touch, Hire a Hero can assist in advertising the role and provide support throughout the hiring process.”

Sir Rob Fry, who was Deputy Commanding General of the coalition forces in Iraq in 2006, explained how military minded thinking can benefit businesses beyond simply bringing in skilled personnel in an editorial:

“Businesses can really benefit from learning an unbroken narrative between strategic intent at the top of an organisation and tactical application at the bottom. Having been given a mission, managers derive collective responsibility and then translate that into individual responsibility and pass the process right the way through an organisation so everyone can work out what their contribution to overall success would look like.”

When it comes to candidates, Fry says dealing with high-pressure situations, assessing risk versus reward, leadership and discipline are all important qualities offered by ex-service personnel, alongside “simple things like being punctual, a good work ethic and seeing something through”.

This article was published on 24 March, 2014 in Opinion by Christopher Goodfellow Read more news stories