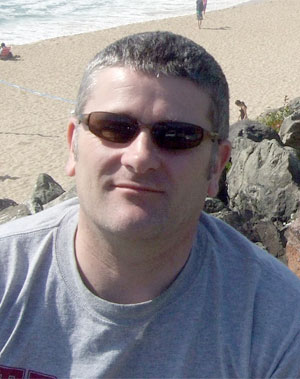 Forces Recruitment Services is delighted to mark its 10th anniversary with its 1000th placement!

FRS Managing Director Graham Brown, said "We are delighted to reach this milestone  -especially as many recruitment consultancies have struggled in the recent economic climate". Brown went on to say "it is the perfect way to round off  our 10th anniversary celebrations" - which will also see the launch of further new offices and a new website too meet the needs of both clients and candidates as the most recent round of military job-shedding starts to impact".

The Cambridgeshire based Forces Recruitment Services network has bucked the trend - opening 10 new offices during  2011 to build a network of 24 U.K. wide locations with a further 8 planned for 2012.

The 1000th placement was made by Central London Regional Director, Jeff Prince, who sourced Neil Viveash, an Ex-Royal Engineers Staff Sergeant into a role as Group Facilities Manager for a Serviced Office Group client.

Starting his new career Neil  thanked Jeff, and all at Forces Recruitment Services, commenting that   "the professionalism and understanding extended to me made me feel that he truly understood not only the job but also my needs - and worries – as an ex-Serviceman"  -  testament to the dedication of Forces Recruitment Services commitment as THE Recruiter of choice for ex forces personnel.

The placement came as part of a recruitment drive instigated to help and support ex-Servicemen and women through the MoD's current redundancy phase - 4,200 job cuts in a second round of armed forces redundancies as part of the Strategic Defence and Security Review.

Forces Recruitment Services' Director of Finance & Corporate Affairs, Alan Cawthorne, added" The long term commitment and investment of both ourselves and our network of Franchised Regional Directors not only bucks the doom and gloom post- banking crisis trend for our own businesses but also demonstrates that commercial employers are increasingly waking up to the pool of transferable ex Military talent we have on tap".