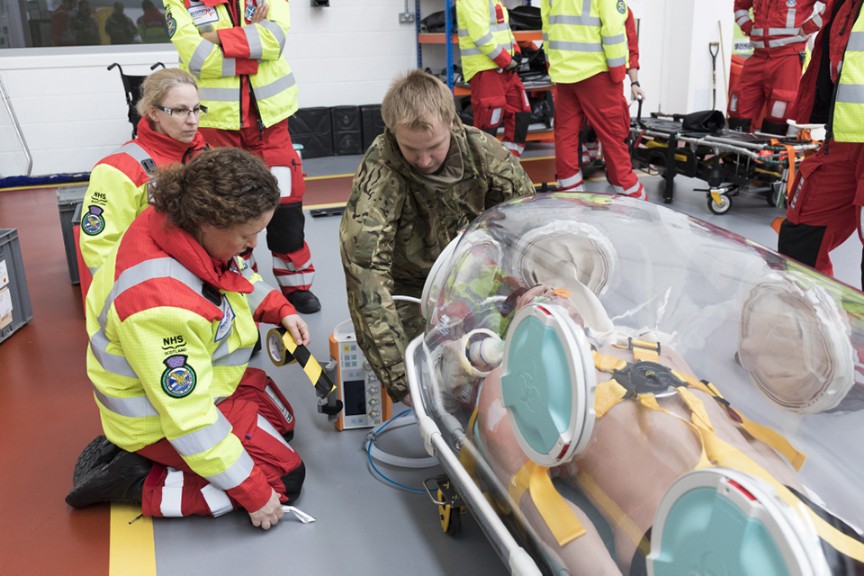 As part of the military’s response to the COVID-19 crisis, forces from Joint Helicopter Command are on standby to provide aviation capability in support to civil authorities...

A new COVID Aviation Task Force has also been established to support the government’s response to coronavirus when requested. This includes:

So far, military aircraft have provided assistance in a range of activites. This has included training key workers in various locations around the Western Hebrides in medical evacuation procedures and supporting NHS staff in the trial of the Epishuttle system - this will enable the safe and swift transportation of patients to emergency care facilities. In addition, they have also assisted with medical evacuations in England and Scotland.

Aviation Task Force aircraft have also been helping to transport NHS staff around the UK. Last week, a Chinook helicopter was deployed to transport workers to the NHS Nightingale hospitals in Bristol, Harrogate and Sunderland to carry out assurance testing and ensure that they could open on time. These helicopters may be seen operating in all areas of the UK, either conducting essential preparations or supporting the NHS.

A RAF A400M aircraft has supported a medical evacuation from Northern Ireland to the UK mainland. The patient was taken from Aldergrove to East Midlands Airport following a request for assistance, and is now receiving the care needed to treat their condition. Medical specialists were on board to attend to the patient throughout the transfer. This is the second time military aircraft have assisted with a medical evacuation from Northern Ireland since the start of the Coronavirus pandemic.