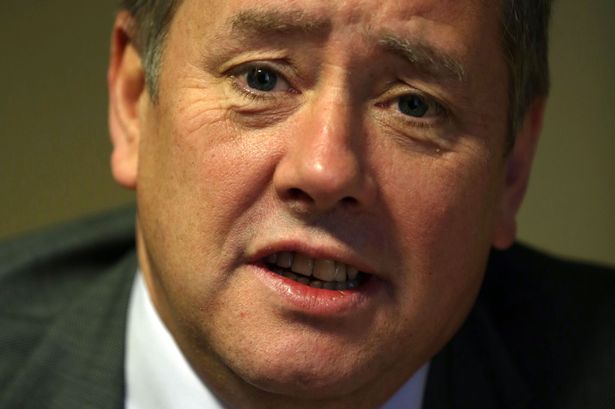 THE Veterans Minister said, "The new commissioner will help those who have left the armed forces with issues like healthcare, housing and employment as they adjust to civilian life."

SCOTLAND’S ex-servicemen and women are to have a veterans’ commissioner to fight their corner as they adjust to civilian life. Keith Brown announced the creation of the role – the first of its kind in the UK – at Holyrood yesterday.

The commissioner will work with charities, councils and health boards to strengthen support networks for our 400,000 former Army, Navy and Air Force personnel. Ex-service people, who often bear terrible physical and mental scars from fighting in combat zones, will be offered help to get jobs, houses and medical support. The Scottish Government will plough £250,000 a year into employing and supporting the commissioner’s work.

Veterans Minister Brown said: “This new commissioner will be a radical innovation, acting as an ambassador for veterans and helping to remove the barriers that prevent ex-servicemen and women from realising their full potential. As well as addressing the needs of veterans who are particularly disadvantaged, the commissioner will develop a wider focus on unlocking the potential of veterans so their unparalleled skills and experience can benefit Scotland.”

Former Royal Marine Brown admitted it was “quite clear that the current transition process is failing some of our veterans”. He added: “We have to seek to do more and, in particular, to help those veterans who still slip through the net.”

The post will be advertised in the spring, with the commissioner in place by the autumn.

Brown outlined steps already taken to support veterans after the publication of an Armed Forces commitments paper in September 2012. These include announcements of £2.3million for supported housing in Cranhill, Glasgow, £2million for a new prosthetics service for military amputees and £1.2million for specialist mental health services. Brown said: “More can and will be done in the future.”

Colonel Martin Gibson, chairman of Veterans Scotland, welcomed yesterday’s announcement. He said: “This will allow the commissioner to further harmonise the services and support available to veterans right across the public sector.”

Andrew Cameron, chief executive at Combat Stress, said: “We applaud the decision to appoint a veterans’ commissioner. It is an important step in improving the support provided to ex-servicemen and women. We know that some veterans carry deep psychological injuries for many years. They may struggle to live fulfilling lives after leaving the Armed Forces. It is vital they do not suffer in silence and that they have access to specialist support to turn their lives around.”

Lieutenant Colonel Steve Conway, chief executive at Scottish veterans’ charity Erskine, said: “The effects of war can be felt for decades and the sacrifices our veterans have made in the line of duty should be respected throughout their lives. Ensuring we can continue to support their needs in old age is a crucial part of Scotland’s veterans’ programme and an area I look forward to developing with the commissioner.”

Brown said Westminster was responsible for service personnel making the transition to civilian life. The Scottish Government’s priority is “to remove any disadvantage faced by veterans in accessing public services in a way that suits their unique circumstances”.