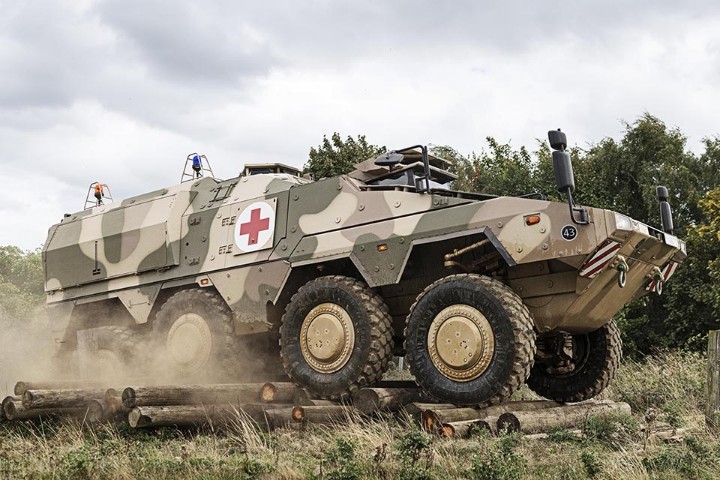 A programme to supply the British Army with a new fleet of eight-wheeled armoured vehicles has taken a major step forward...

The Army intends to make an initial purchase of over 500 Boxer vehicles, and Defence Minister Stuart Andrew has announced that British suppliers have been given the green light to bring forward concrete plans for the project, which is set to support at least 1,000 UK jobs.

Artec, the consortium who lead on the production of the troop carriers, have been given the go-ahead to invite industry to bring forward actual contractible proposals for work on the vehicles. A big step towards making a purchase, the news means that Artec will now ramp up work to complete their supplier selection process before returning to the MOD with a formal proposal next year.

The Defence Minister made the announcement whilst speaking at DVD2018 at Millbrook Proving Ground in Bedfordshire, which showcases equipment and technology for the British Army and is one of the biggest land equipment events in the world.

Speaking at the event, Defence Minister Stuart Andrew said: "British companies are stepping up to the plate yet again for a project which could support up to 1,000 jobs across the country, and it is great to give industry the green light to now pull together a full plan of action."