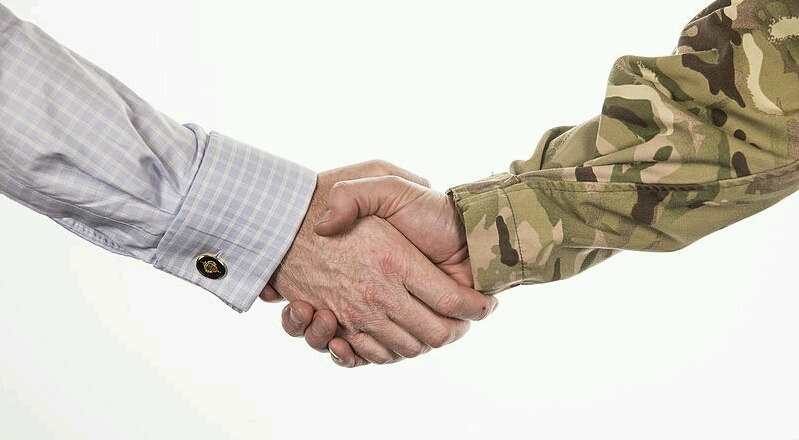 Is your business ‘Forces-friendly’ or have you looked beyond that and truly seen the light?

The British Armed Forces are hugely respected and highly valued by the vast majority of our society and this is reflected in the great work that is being done to support veterans’ organisations across the land.

The term ‘heroes’ is neither trite nor fawning, it is entirely apposite – our Service men and women put themselves in harm’s way, not for money nor glory, but because they believe it to be their duty. Dulce et decorum est, as Wilfred Owen once wrote.

A great many organisations have lined up behind the effort to recognise and support serving and former members of the Armed Forces. Some have done this through fundraising for military charities, some through signing up to the Armed Forces Covenant. Many do both.

It’s patriotic. It’s public-spirited. It’s charitable. The PR ain’t bad either. Google “Armed Forces Covenant gold award” - you will find a sea of press releases, an ocean of news coverage, almost all of it positive.

That public and private sector organisations want to participate in these activities is cause for celebration, but those who look beyond the feel-good factor, the patriotism, the charity, and actively engage by employing Service Leavers, Veterans, or Reservists, find themselves rewarded with more than a warm feeling inside and some nice publicity.

We say this not to denigrate the Covenant – we are signatories ourselves – but as passionate champions of military skills with a ring-side seat to the amazing impact they can have on civilian workplaces.

The feedback we get from organisations that have hired ex-military men and women is echoed in a report published by "Big Four" accounting giant Deloitte which found that:

The moral of the story is: don’t hire ex-Forces folk because it ticks a box for Corporate Social Responsibility, do it because it’s good for business.

Click here to learn how you can add the power of Britain's Best Trained Workforce to your ranks.