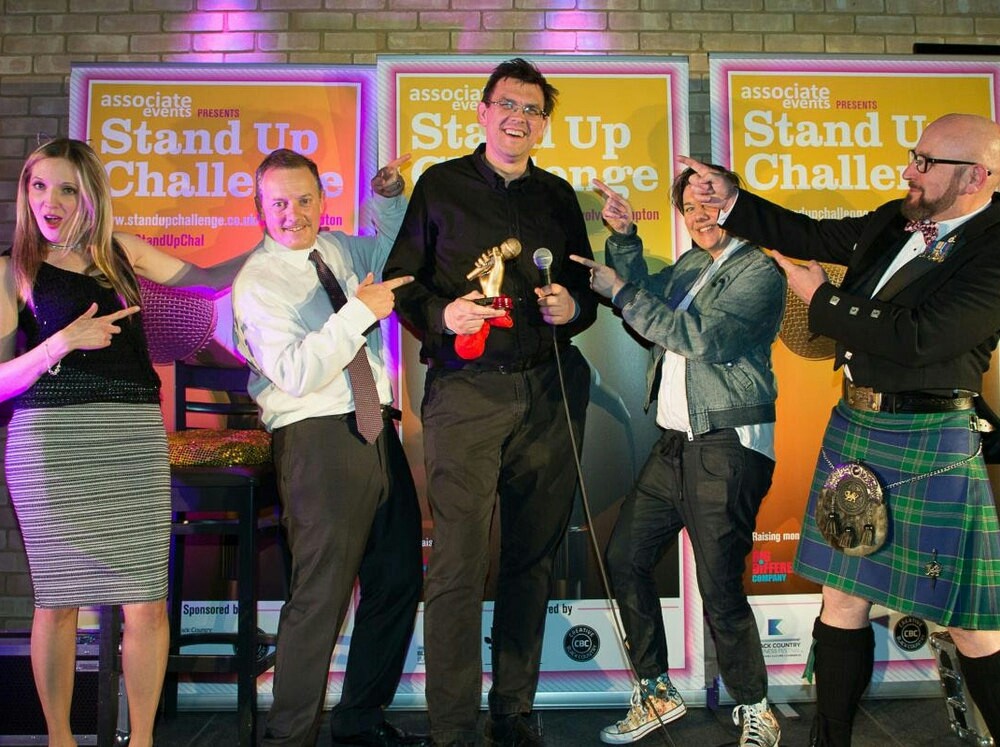 A great night was had by all at the Stand Up Challenge in Wolverhampton the other night, with our very own Paul Lewis taking the stage in his first ever comedy performance....

The event, which formed part of the Black Country Business Festival, took place at Wolverhampton Wanderers' Molineux and raised vital funds for a great cause - The Big Difference Company.

FRS Regional Director Paul Lewis, who served 21 years in the Army and saw action in Iraq, Bosnia and Northern Ireland, said of his stand up experience: "It was the scariest thing I have ever done, but I wanted to step out of my comfort zone and test myself.

"Even though I did not win the competition I feel that I can now go back on that stage and do it again. There is a real sense of achievement in accomplishing something you never thought you could."

You can check out Paul's act in this video from the event.