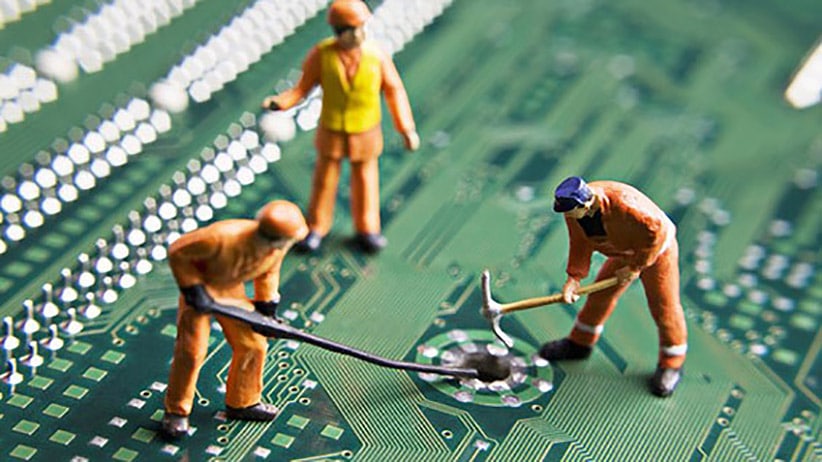 If you were in any doubt that tech skills are the way to secure a successful career, the results of new research will wash that away...

The findings show that demand for some skills soared by over 500% in the last year (those associated with blockchain, cryptocurrency and ICOs), while many others can demand in excess of £100 per hour for their time.

PeoplePerHour has analysed which tech roles have been trending on their platform in the last twelve months and the hourly rates associated with the skills.

With the current hype around the unprecedented value swell of Bitcoin, it’s perhaps not surprising that there has been a 510% growth in demand for blockchain (the technology behind cryptocurrencies) developers, or that they can demand as much as £215 per hour, but they’re not the only ones experiencing a rise in popularity this year.

Demand for virtual reality (VR) experts has increased by 304% since 2016. Working to create computer-generated simulations of three-dimensional images or environments for faux physical interaction, VR freelancers are now earning up to £130 ph.

Commanding £105 ph, the experts with the third highest increase in demand are developers of Snapchat Filters. It may seem like a niche skill but these creative tech buffs have seen demand increase by 230%.

In fourth position, with a 212% raise are cyber security experts. Freelancers are earning as much as £170 ph, depending on their skills, but with the recent and continuing high-profile cyber security breaches, there’s little wonder that the requirement for these guys is on the up – indeed, Forbes predict that there will be a global shortage of 2 million cyber security professionals by 2019.

Completing the top five, chatbot developers – those who largely work on social media to create automated, yet convincing responses to customer queries – have experienced a 160% increase in demand, while earning as much as £135 ph.

Experiencing a slightly smaller degree of growth in demand (75%), facial recognition experts are among the highest paid freelancers, demanding up to £120 ph for developing biometric ID systems, usually for security purposes.

AI/Machine Learning professionals are also commanding a significant hourly rate of up to £180 per hour for providing the code to create the artificial intelligence necessary for machines to ‘learn’ to carry out certain tasks.

Xenios Thrasyvoulou, founder and CEO of PeoplePerHour, comments: "It will surprise no one to learn that we have seen the demand for tech skills increasing rapidly on our platform, but under any circumstances a 500% or 300% increase in the space of a year is more than noteworthy.

"There are few people who would sniff at a £50 hourly rate, but those growing numbers of professionals able to command in excess of £100 per hour could get away with working just 25 hours a month to order to take home the average UK salary. Working 40 hours a week, their monthly earnings would far exceed the annual return of most service industry workers."