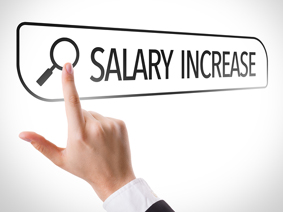 Average UK advertised salaries have posted a year-on-year increase for the first time since June 2015, according to Adzuna.co.uk...

The 1.2% improvement in the year to November means the average advertised wage is now £32,598. However, while this represents a chink of light for jobseekers after a period of stagnant salaries, this wage growth has yet to filter through to those in existing roles.

With this in mind, employers may also have to consider increasing salary packages to not only attract fresh blood, but also to retain top talent.

In terms of the regional picture, London has shown one of the biggest improvements with regards to average salary, according to Adzuna data. Advertised salaries in the capital are up 2.2% from November 2016 to currently sit at £39,457.

For companies who operate in the financial services sector in the capital – one of the world’s most renowned financial hubs – the dilemma remains whether to relocate outside of the UK, a so-called Brexodus, with Dublin and Frankfurt touted as alternative headquarters offering companies a more certain future.

For those organisations looking to stay put, employers must offer attractive pay packages to attract and retain the best candidates. Adzuna data shows that average advertised salaries in London regularly exceeded £40,000 before the referendum vote, reaching a high of £42,782 in October 2014.