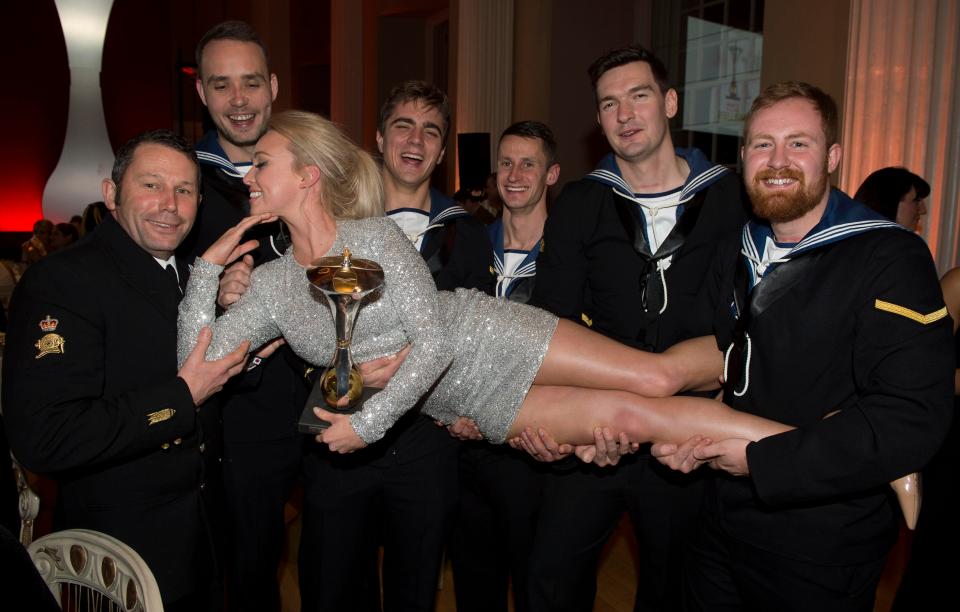 The Sun Military Awards Return To Salute The Armed Forces

This year marked the tenth anniversary of the ‘Millies’, where the public honours and celebrates the hard work of the UK Armed Forces...

The special ceremony recognised the hard work and bravery of UK servicemen and women. It was hosted by television presenter Lorraine Kelly at the historic Banqueting House in Whitehall, London. She was joined by celebrities from the worlds of sport, entertainment and politics.

Before the ceremony, the Defence Secretary Gavin Williamson hosted the nominees at a special reception at 10 Downing Street. He said: "This is our chance to honour all those who keep us safe. They truly are the best of British."

This year’s nominees received awards such as Best Reservist – honouring individuals who have gone above and beyond from any branch, at home or abroad. Also featured was the Overcoming Adversity award which recognises an individual who has risen above substantial obstacles in their life and continued their exceptional service despite it.

The RAF Reaper Force won the Hero Overseas Unit award for its commitment to defeating Daesh and saving countless lives. Alongside this, members of SPEAR 17 were awarded the Inspiring Others award for becoming the first all British military team in history to complete a full unsupported traverse of Antarctica.

SPEAR 17 said: "We are blown away. It’s so nice to have the recognition ourselves and everybody else for all the dedication and hard work we all do. Thank you to everybody."

Prime Minister Theresa May presented the Award for Special Recognition to Operation Ruman where service personnel helped to provide relief to the British Overseas Territories in the Caribbean following the devastation of Hurricane Irma.

Also recognised was Lieutenant Jared Bambridge who displayed exceptional gallantry in June when a terror attack struck in London, by treating 11 casualties and saving multiple lives off duty.

Lieutenant Jared Bambridge said: "I don’t consider what I have done to be the exception or any more than anyone else would have done with the training that I have, so I am honoured to accept it on behalf of everybody.

"In the military we work hard and we do a lot of thankless tasks, so at the end of the day to have such an event as this put on is a real honour for those thanked few who receive awards or just get nominated for the evening."

Corporal Phillip Keogh received the Best Reservist award after he volunteered to go into the aftermath of the terror atrocity at Manchester Arena. He used his skills as a paramedic to deliver life-saving care and his dedication and bravery saved multiple lives.

Corporal Keogh said: "I was obviously questioning my ability, whether I would be able to achieve what we thankfully did achieve on that night. And definitely the training you receive both as a reservist and then as a civilian paramedic, kicks in. I’ve never been prouder to be from Manchester.

"The recognition this award is bringing is a little bit uncomfortable for me. I was one of nearly 300 staff deployed that day from the ambulance service. For me this belongs to everybody. And its not just the people in my uniform as a paramedic but there were civilian guys there, police, British Transport Police, and Greater Manchester Police. They all chipped in."

Details of all the winners can be found on the Ministry of Defence website.