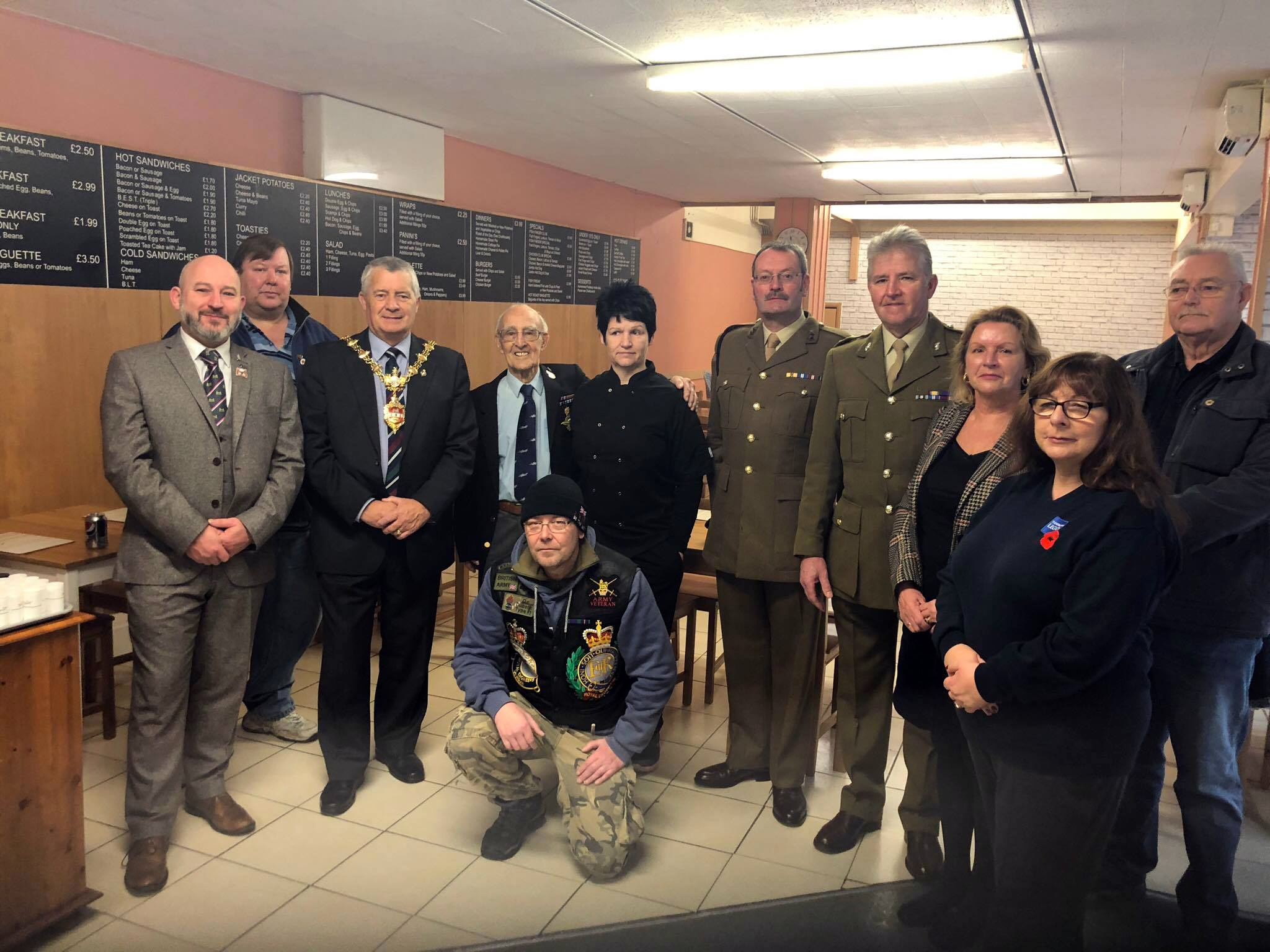 The first Dudley Armed Forces and Veterans’ Breakfast Club on Sunday, 3rd December has been hailed a great success.

The Breakfast Club, started by former soldier and now local businessman, Paul Lewis gives Dudley veterans, serving military personnel and reservists the opportunity to meet up once a month to form links with each other.

Paul told us:“Sunday went incredibly well. It was great to have representatives of the West Midlands Army at our first ever meeting and to have the backing of Cllr Dave Tyler - the Mayor of Dudley."

As well as being Mayor of Dudley, Cllr Dave Tyler is also the Armed Forces Champion of Dudley Council and has been incredibly supportive of Dudley Armed Forces and Veterans Breakfast Club (AFVBC) venture.

Paul added: "We received wonderful feedback from Sunday's breakfast club visitors, who said they’ll happily come to the next one. I can't ask for more than that!"

Dudley AFVBC takes place on the first Sunday of every month. The next one will be on Sunday, January 7th, 2018 from 9.30am at the Arcade Cafe, 7-15 Fountain Arcade, Tower Street / Dudley Market Place, Dudley, West Midlands, DY1 1PE

For more information, contact Paul Lewis who will be glad to help.