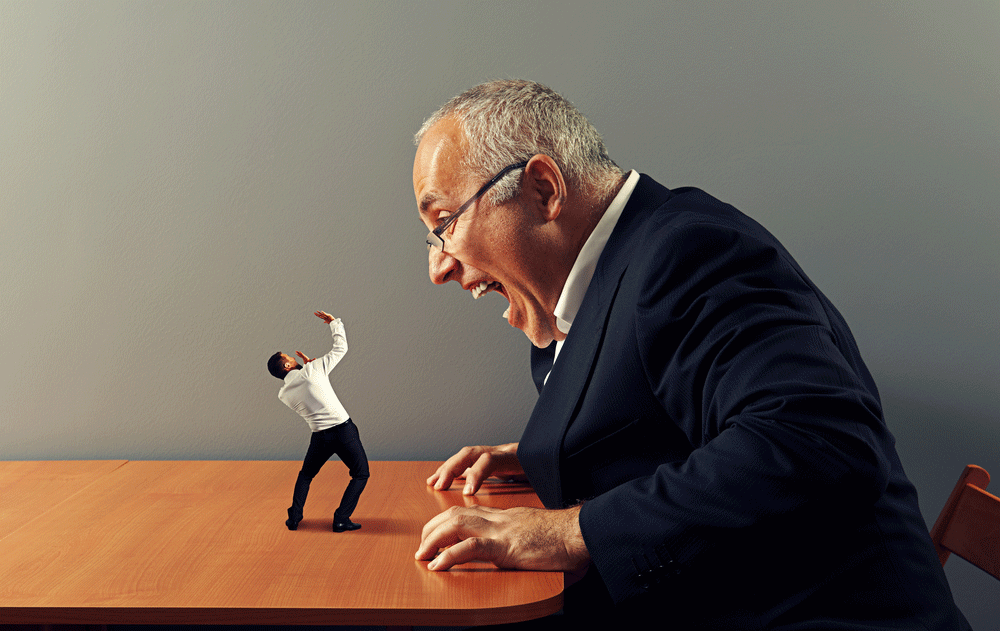 Bin The Boss And Let Me In!

Millions of British workers reckon they could do a better job than their boss, a study has found...

Researchers found 44% of disgruntled employees think they could be more effective than their current line manager if given the opportunity.

Two in five believe they could improve communication channels with other members of staff, and one third would take efforts to organise the workforce so tasks were distributed more equally.

The poll of 2,000 workers also found one in four are unsatisfied with how ‘The Big Man’ runs the operation while 13% went as far as to say their boss is dangerously incompetent at their job.

Almost one in five think management works them too hard, and 17% accused their boss of delegating too much of their own work out instead of doing it themselves.

One in ten Brits say their boss takes a ‘hands-off’ approach to their duties, while 12% think their boss’s managerial style is hectic and ‘scattershot’.

It also emerged that 28% have felt resentment towards their boss, most commonly stemming from an unfair punishment, while one in four hate their boss for making them work over their contracted hours.

A peeved 11% have had holiday requests denied by their manager and one in ten has caused their boss to lose their temper. As a result, one in ten workers confessed to quietly scheming to undermine the management in some way.

One in five employees polled by OnePoll.com admitted daydreaming about slapping their resignation notice on their boss’s desk. But 22% of those would prefer to make their exit more abrupt, standing from their workstation and simply walking out on their responsibilities.

Some of the dislike is due to jealousy though with two in five employees admitting they are envious of their boss’s pay, while nine per cent crave the respect their manager commands.

The study also found one third of employees have left a job in the past as a direct result of their poor relationship with their boss, and 14% are currently looking for a new position to escape their manager.