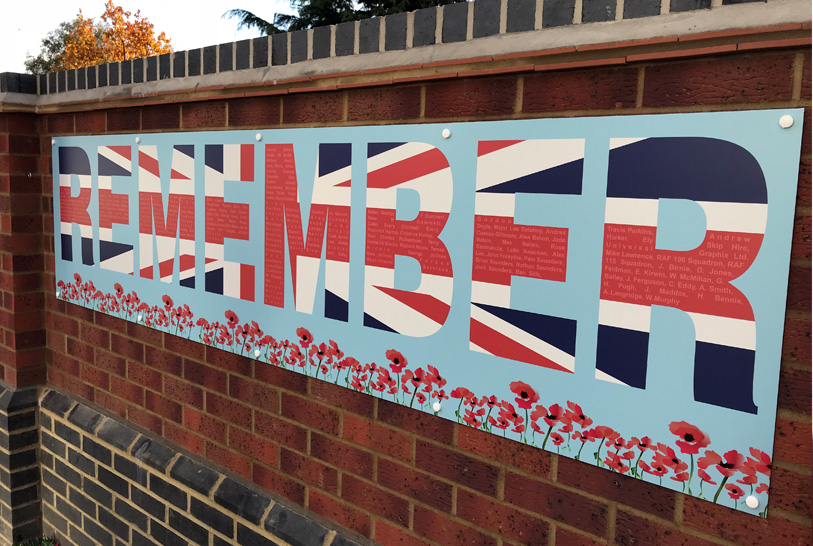 Edward Ouzman, a 15 year old Witchford Village College student, decided to do something special to remember the fallen.

Last year, Edward set about raising £1,600 to have a war memorial built on the grounds of his school in time for this year's Remembrance Day. He invited fellow pupils and the local community to sponsor a brick that would make up the memorial wall. Forces Recruitment Services offered to sponsor 10 bricks and we're very proud to have our name emblazoned on the plaque, alongside many others who offered to support Ed's innovative idea.

The Memorial Wall, which stands at the entrance to Witchford Village College, was unveiled by the Lord Mayor of Ely last Friday at a ceremony attended by college pupils and staff, as well as people from the local community.