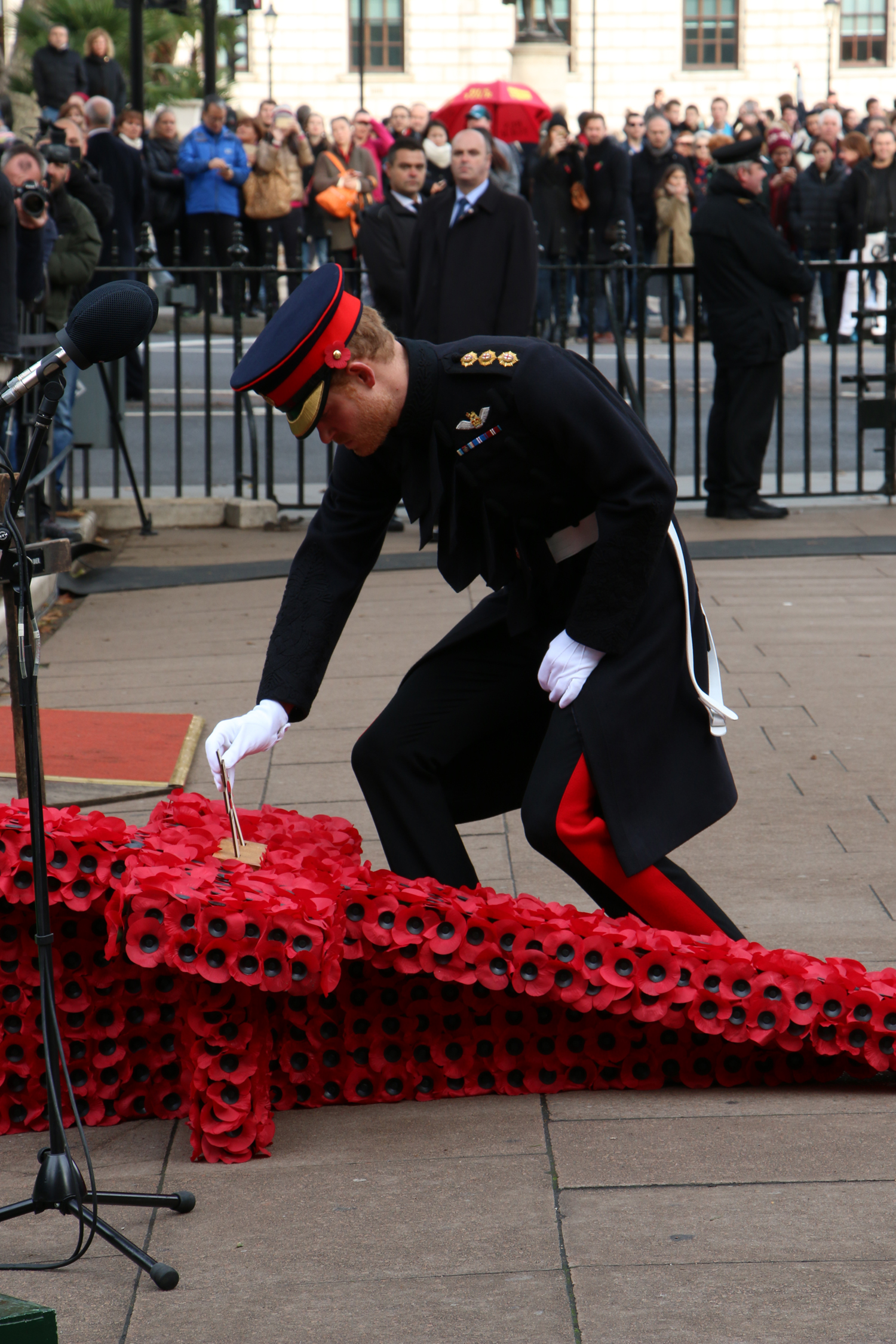 Prince Harry has opened the 89th Field of Remembrance at Westminster Abbey to remember those in the Armed Forces who have lost their lives...

Organised and run by The Poppy Factory every year, the Field has 380 plots laid out in the names of military organisations and associations on the North Green of the Abbey.

Remembrance symbols, made by veterans working at the factory in Richmond, are planted in these plots, often with hand written messages, from family, friends or colleagues.

The Poppy Factory employs 36 veterans and dependents with disabilities, making the Remembrance symbols for the Field, as well as other Remembrance products for The Royal British Legion and the Royal Family.

The Poppy Factory’s Chief Executive, Deirdre Mills said: “We are honoured to have His Royal Highness opening the Field of Remembrance at Westminster Abbey this year. Remembrance is such an important time and our staff work all year round in order to prepare for the event.

“After coming out of the Forces with mental and physical health conditions, many of the veterans we work with struggle to find work. By giving them the support and confidence they need and restoring their financial independence, through employment, we can make a huge difference to their lives and to their families.”

The Field was started in 1928 by the founder of The Poppy Factory, Major George Howson MC, together with a group of disabled ex-Servicemen at St Margaret’s Church. They gathered around a wooden cross taken from a battlefield grave of an unknown British soldier and invited passers-by to plant a poppy around a wooden cross.

At the opening of the Field The Poppy Factory’s President, Mrs Sara Jones CBE DL, invited Prince Harry to lay a Cross of Remembrance followed by Last Post, the Exhortation to Remembrance, two-minute silence and Reveille before Prince Harry toured the plots and met with veterans.

The Field of Remembrance will stay open until Sunday 19th November and members of the public are invited to lay their own crosses. Proceeds from the Field are given to The Royal British Legion’s Poppy Appeal.