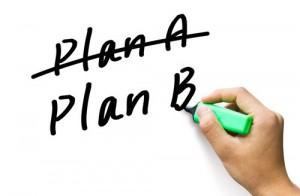 Adaptability: The Military Skill That Can Be Key To Landing A Job

When asked what they consider to be the most important 'soft' skill that ex-military personnel can offer employers, the majority of people place adaptability at or near the top of the list...

The old military adage 'no plan survives first contact' is an undoubted truism, and means that those who have served in the Armed Forces have to be adaptable - their lives and the lives of others can, at times, depend upon on this.

Newly published research has shown that adaptability can also be the key to landing a job, which is good news for those in resettlement or Veterans looking for new roles. Purple CV polled their writers and 71% cited adaptability in the top three most sought-after qualities among employers.

Management skills came second with 57%, followed by pro-activeness with 45% and organisational skills with 43%. Surprisingly, traditional traits like loyalty, creativity and attention to detail were nowhere to be seen - with all receiving just 10% of votes or less.

Good old-fashioned hard work also lagged well behind, with only 23% citing it as a key factor - marginally ahead of confidence and analytical skills.

The writers questioned also put the kibosh on photographs on a CV - with over 90% dismissing them as a complete no-no. Some claimed a no-photograph policy would prevent employers from discriminating - for example on the basis of ethnicity, gender or even looks.

Others noted that lying is second nature to some on CVs with 24% exaggerating skills or capabilities. A similar number embellished their qualifications.

And if you are hoping to bond with your potential employer by lifting the lid on your favourite hobbies and interests, you might want to think again. Seven out of ten writers think hobbies and interests should either be left out - or only included on a CV if they are either directly relevant to the application or highlight exceptional achievements. They cited travel, sport, keeping fit and socialising as the most clichéd interests and urged candidates to avoid these like the plague unless they had a very good reason otherwise.

Adaptability is crucial to military operations but also to career progression within the Services - just ask former musician and battlefield medic Graham Brown, Managing Director of Forces Recruitment Services Ltd. Graham has worked with thousands of employers, across a wide spectrum of industries, and has seen first hand the value that companies place on the adaptability of ex-Forces personnel:

"The ability to adapt quickly and effectively without disrupting a project or process is crucial to success in industry, as well as in the military. Employers who hire former Servicemen and women can be assured that they are getting well-rounded, experienced individuals who have both the technical and personal skills to deliver on the job. Adaptability is one of the most powerful character traits developed during a military career."

To find out how you can add top quality ex-military people to your workforce, or to find your next job, click here