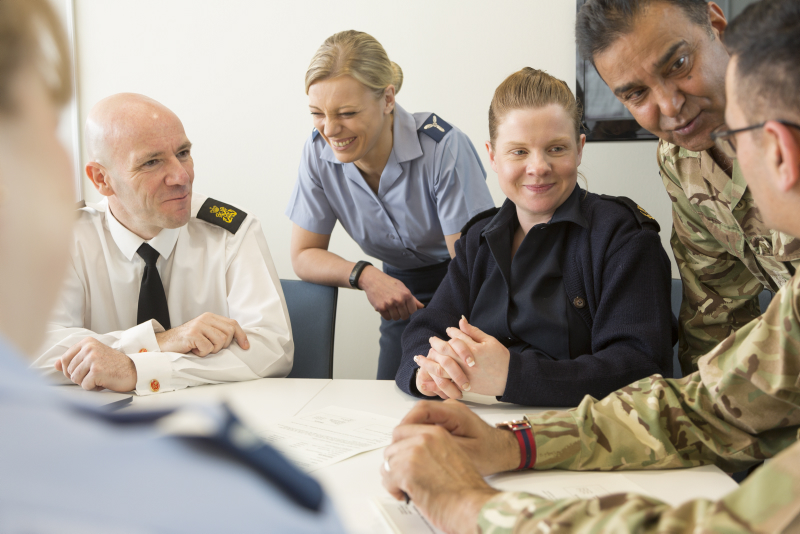 There are many reasons for organisations to recruit people with a military background, whether they be transitioning to civilian life or have years of commercial experience behind them.

The trade and technical skills learned in the Armed Forces are widely respected and admired by employers. The qualifications that Service Leavers and Veterans can gain by utilising their Enhanced Learning Credits and the ‘higher education free from tuition fees’ scheme, are another major selling point.

Another reason, albeit a cynical one, is the positive PR and CSR impact of hiring ex-military men and women. Not that a new employee should give this too much thought, so long as the role and rewards are commensurate with their skills and experience and the employer values them.

What can employers expect when hiring former Army, Navy and RAF?

In the current candidate-driven employment market, it’s this ‘character’ and the concept of a fully rounded person that sets ex-military people apart from their civilian counterparts.

Imagine an employer conducting interviews for an Engineering Project Management post. The shortlist has been narrowed down to two individuals – one ex-military, one civilian. Their qualifications, skills and experience are on a par (aside from the Civilian, who has never seen the inside of a Challenger or an Apache!) However, the character that the Veteran possesses and which can be revealed through a rigorous interview and psychometric testing process will, often than not, set him or her apart from the Civilian.

Graham Brown, Managing Director of Forces Recruitment Services Ltd, has spent the last 15 years championing the qualities of ex-Service personnel to employers across the UK. He believes this character - the commitment, discipline and professionalism instilled in the British Armed Forces – can be the ‘silver bullet’ when it comes to success in civilian employment.

Graham said, “The expression ‘soft skills’ has less currency than it once did. Partly due to overuse. Partly due to a basic misconception of what this really means. Military personnel have character in spades: they are first class problem solvers, adept at conflict resolution and highly effective communicators.”

To find out how your organisation can harness the military character or, if you are ex-military and looking for your next role, Contact Us