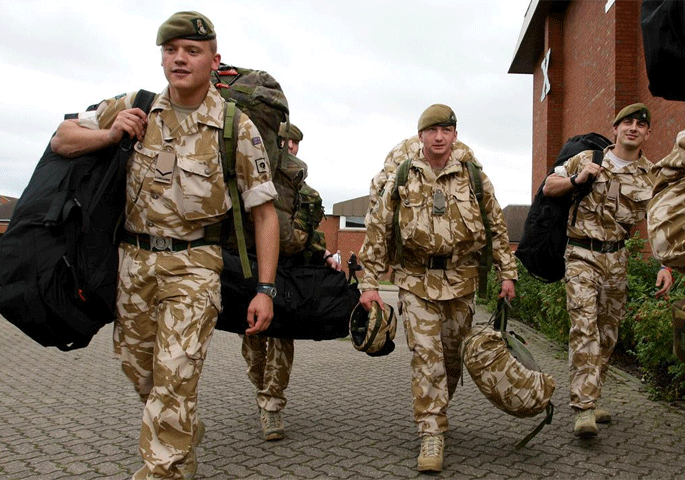 MoD's Determination to Keep Combat Claims Out of Court

The Ministry of Defence has repeated its insistence that courts should not be involved in any decision relating to injuries to personnel suffered during combat.

Defence minister Tobias Ellwood this week told parliament that the doctrine of combat immunity was complex and unclear, following some ‘exceptionally protracted’ claims against the MoD. The government wants to remove the choice of the court route for injured personnel and instead direct them to an MoD-backed compensation scheme.

Opponents, including the Law Society, have warned that the plans, unveiled last December, could deny justice to service personnel and increase the risk of mistakes being repeated.

Ellwood said, claims relating to equipment discharged in battle have risked the exposure of sensitive material and cost large amounts of taxpayers’ money in legal fees. ‘We believe the cases have been highly stressful for the litigants and created much uncertainty for the conduct of future hostilities,’ he said.

‘The strong view of the government is that decisions about such challenging and sensitive matters should be taken by military commanders with the appropriate expertise, and not – with all respect – by the courts.’

Ellwood disagreed that keeping such claims ‘in-house’ would remove any opportunity to prevent a recurrence, saying a full inquest is held whenever a member of the armed forces has been killed in combat. Where there has been a non-fatal injury, there will be a service inquiry which will ‘get to the heart of what happened for more quickly than any civil litigation.’

He said keeping a choice for injured personnel would ‘perpetuate legal uncertainty and the judicialisation of war’, and he insisted the assessment of compensation would be independent of the MoD.

Labour MP Mike Kane, who introduced a debate on the issue, said independent assessment already existed in the form of judges.

He said the MoD plans amount to scrapping the legal duty of care that it owes to service personnel. ‘Introducing a smokescreen of combat immunity over all military operations, as the government propose, would be a huge step backwards,’ he said. ‘Combat immunity, which is currently interpreted by the courts, is there to protect military operations when thinking is impaired in the heat of battle. It does not, and should not, apply to procurement decisions made back at Whitehall when equipment that is procured for our troops turns out to be faulty or unsuitable.’