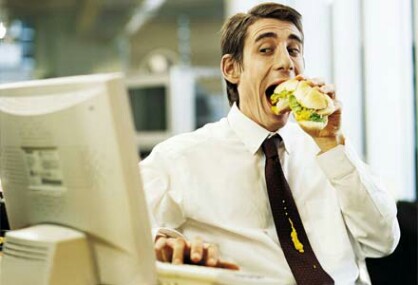 The most popular time for people in the UK to search for a job is 1pm on a Monday, according to data released by the world’s biggest job site, Indeed...

Researchers analysed the searching patterns of millions of jobseekers in five European countries and found a clear trend - Mondays see the highest activity levels in all five nations, even if the spikes come at different times.

Whether they’re scrolling on their phone over a lunchtime sandwich or surreptitiously scanning for jobs from their desk at work, traffic from UK and Irish jobseekers peaks at 1pm on the first day of the working week.
Meanwhile European jobseekers start earlier, with job search peaking at 11am in France and Belgium and 12 noon in Germany.

While Mondays see the very highest spikes in activity, weekday evenings are a consistently popular time for jobseekers to search for a new role.

Mondays may be a perennially popular day for people to search for a new role, but Indeed’s researchers did uncover some seasonal variations in the types of roles being sought.

The warm summer weather frequently coincides with high levels of interest in travel-related and flexible roles, with the summer months typically seeing a five-fold increase in searches for jobs at the Edinburgh and Reading festivals, zero-hour contract jobs and immigration officer and cruise ship nurse roles.

Mariano Mamertino, EMEA economist at Indeed, comments: “The power of the internet has transformed the way all of us look for a new job. With just a few keystrokes or taps on our mobile device, we can view millions of vacancies whenever and wherever we want. So it’s striking that even with this freedom, one day is universally the most popular for people to look for a new role. This reveals perhaps the emotional side of looking for a new job.

"Just as the start of January is a very popular time for people to consider a job change, so too the start of the working week. With the UK enjoying record levels of employment and the number of unemployed people per vacancy now at its lowest level for 15 years, competition among recruiters for the best talent is intense. So while the online jobs market is ‘always on’, we’re seeing hiring companies be increasingly tactical in how and when they target potential recruits.”

FIND YOUR NEXT CAREER ON OUR VACANCIES PAGE