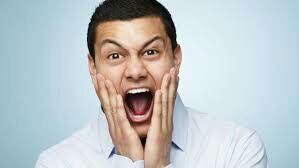 UK employees still don’t like Mondays, according to new research of 9,300 UK employees from 75 companies by the ELAS Group which analyses the employee absence figures for the first half of 2017...

However, while Blue Monday no longer appears to exist, Mondays remain consistently blue across the first half of the year, with the absentee rate almost DOUBLE that of Fridays (2054 / 22% compared to 1169 / 12.5%).

Adrian Lewis, Director, Activ Absence explains: “We see a similar pattern, sick days are always higher on a Monday and Friday, but definitely more so on Mondays. When companies use software to track absence at least the can identify this issue. However, our biggest concern currently is the growing issue of employers trying to crack down on absence without looking at each case individually or having the tools to monitor absence accurately.

"Being tough on staff who are off sick (as we’ve seen in some public sector cases) without using data to understand the reasons why, will switch absenteeism for presenteeism. Either way, you have a productivity problem. Absence management software and sensible absence management policies are best way to effectively reduce absence – and in our experience, software saves more money than it costs.”

Of course, not everyone works Monday to Friday. When it comes to weekend workers, the ELAS research finds that employees are more likely to call in sick on a Sunday (6.5% compared to 5% on a Saturday).

Employees are most likely to call in sick between 6-7am with 7am on Monday 6th Feb (Nat’l Sickie Day) coming in as the hour with the highest number of sick calls.

In 2016, February topped the list as the month with the highest absentee rate however in 2017, March comes in with the highest rate of total absence, with January taking the crown for average absence rate.

Once again, April is the healthiest month with the lowest number of absences recorded across the board.

Enrique Garcia a consultant at ELAS specialising in employment law says: “These statistics bring good news for employers in that National Sickie Day appears to no longer exist. Of course, genuine absences cannot be helped but frequent absenteeism, or sickies, is a problem that needs to be tackled.

“It’s impossible to tell if it’s purely coincidental that the absence rate on Mondays is so high or if people are taking advantage and wanting to extend the weekend but this is the second year in a row that the statistics have shown there is a pattern, which is something employers should be aware of.

“Systems such as the Bradford Factor are particularly useful when it comes to tackling absenteeism as they heavily weight against frequency of absence. This means that they don’t punish genuine sickness absences but rather short, frequent absenteeism. It also helps identify any patterns of absence e.g. calling in sick regularly on a Monday or after pay day.