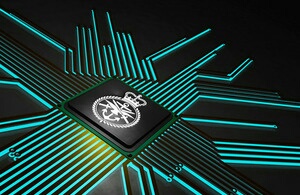 The new ‘Cyber Works’ centre, is designed to tackle the complex cyber threats the UK faces. It will create 90 high tech jobs in Gloucester and enable Lockheed Martin to work closely with its UK partners to share knowledge, research and deliver cutting edge capabilities.

Minister for Defence Procurement Harriett Baldwin said: "With our £1.9 billion National Cyber Security Strategy, Britain is a world leader in the field and the opening of today’s cutting-edge centre is a great example of how partnerships with industry are at the heart of that strategy. Together we are developing solutions to national security risks.

"We are already leading in NATO with support to offensive and defensive operations in the fight against Daesh and complex cyber threats, and I’m also delighted that this centre will further boost the UK’s cyber capabilities."

The Government is investing £1.9 billion in cyber security as part of its five-year National Cyber Security Strategy to create a UK which is secure and resilient to cyber threats and prosperous and confident in the digital world.

A key part of that strategy is partnerships with industry, with £10 million being invested in a new Cyber Innovation Fund to give start-ups the boost and partners they need, while the £6.5 million CyberInvest Scheme is building a community of industry, government, and academics to support cutting-edge research and build UK security in cyber space.

The ‘Cyber Works’ centre will support Lockheed Martin’s contribution to CyberInvest, while the company has also signed up to the Government’s CyberFirst scheme which will boost UK skills by inspiring and supporting young people considering roles in cyber security and intelligence.

With National Offensive Cyber Planning allowing the UK to integrate cyber into all of its military operations, defence plays a key role in the UK’s cyber security strategy. Offensive cyber is being routinely used in the war against Daesh, not only in Iraq but also in the campaign to liberate Raqqa and other towns on the Euphrates.

In Defence, the £800 million Innovation Initiative has already boosted investment in UK research and business, with multi-million pound competitions to develop artificial intelligence and automated systems.

In January, the MOD will open a dedicated state-of-the-art Defence Cyber School at Shrivenham, bringing together all our military joint cyber training into one place. And the Defence Secretary recently announced a major reorganisation of the Army’s Royal Signals Corp and Intelligence Corp to equip them to fight the information battles of the 21st Century.

The MOD also has a key role to play in contributing to a culture of resilience. That’s why we set up the Defence Cyber Partnership Programme (DCPP) to ensure that its industrial partners protect themselves and meet robust cyber security standards.

CLICK HERE TO CHECK OUT OUR LATEST IT VACANCIES