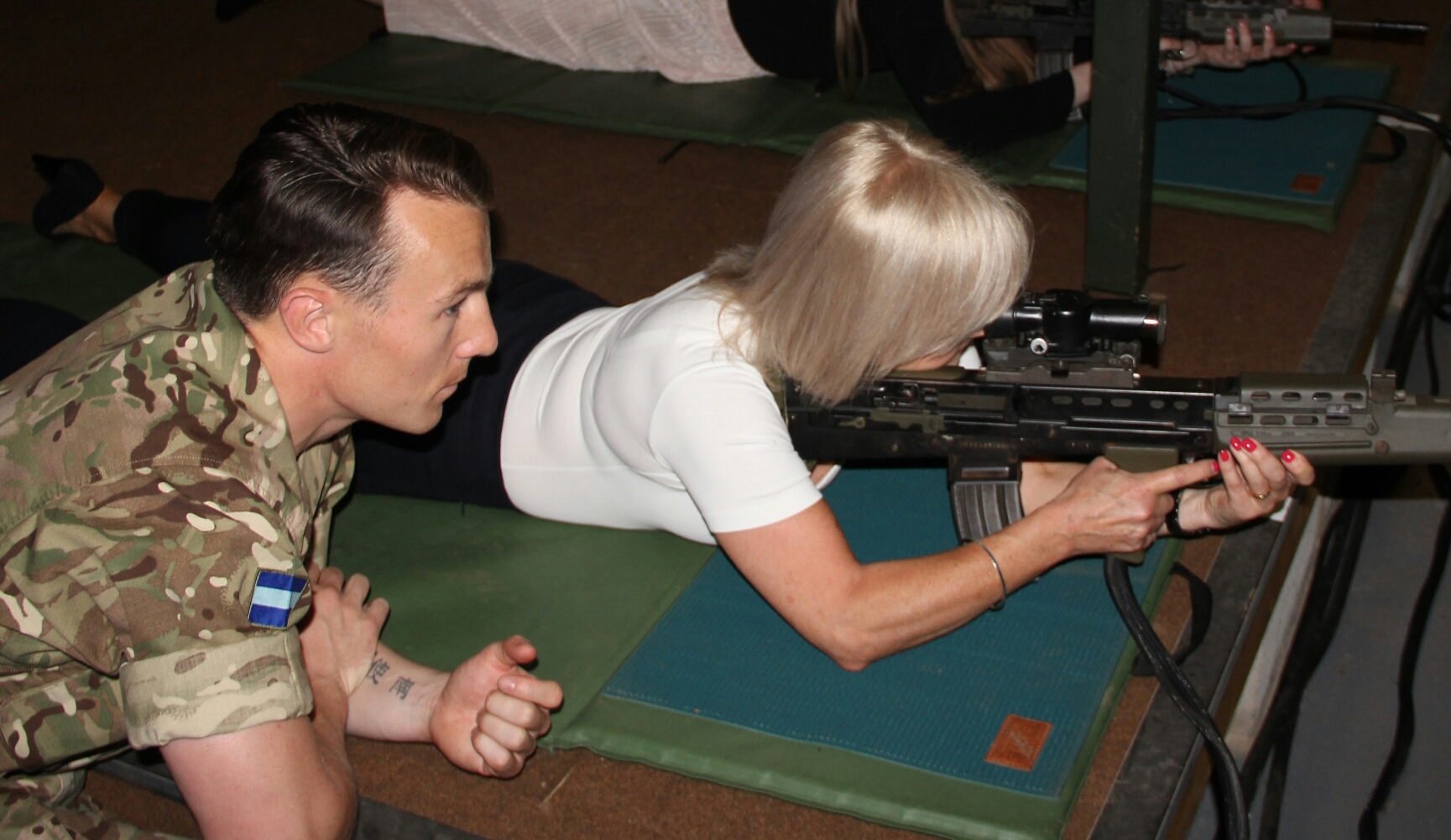 Behind The Wire At Chetwynd Barracks

More than 50 representatives from local employers have experienced a unique visit to a specialist Army training facility, normally out of reach to members of the public...

The event took place at the Mission Training and Mobilisation Centre (MTMC), Chetwynd Barracks, Chilwell, Nottingham, and saw employers from both public and private sector organisations learn more about the Army’s operational training and have a go at a range of ‘hands on’ activities.

Attendees had a go on an indoor electronic shooting range; viewed kit and equipment used by military personnel in operational environments and saw a mock battlefield casualty drill inside a large hanger used by the Army for training purposes.

A number of employers also had a go in the RODET (Roll Over Dismount Egress Trainer) which is used to teach personnel how to escape from vehicles that are turned over on difficult terrain. It can simulate a vehicle rolling over and coming to rest upside down or on its side, allowing soldiers to practise escape procedures.

Some of the employers, from counties around the East Midlands, have signed the Armed Forces Covenant, pledging to support members of their staff who currently serve or have previously served in our Armed Forces, regular and reserve.

John Wilson, the Ministry of Defence’s Regional Employer Engagement Director, said: “The visit to the MTMC allowed employers who employ reservists and military Service leavers the chance to find out more about the types of training undertaken by full and part-time soldiers, and how some of these skills can be positive assets in the civilian workplace.

“Military training develops a huge range of transferable skills that are of great value in the workplace; such as enhanced communications skills, the ability to think on their feet and to lead a team of people. I have received lots of positive feedback about the event and I look forward to continuing to build our relationship with these employers in the future.”

Claire Bicknell, Director of Catena (Nottingham) Limited, attended the event. She said: “I very much value the relationship Catena has with the Reserve Forces and Cadets Association - as a micro business I had no idea that the relationship would be such a benefit to me in relation to networking opportunities.

"I have been really impressed with members of the Reserve Forces I have come in to contact with in terms of their organisational skills and the way in which they host events like the one today at MTMC.”