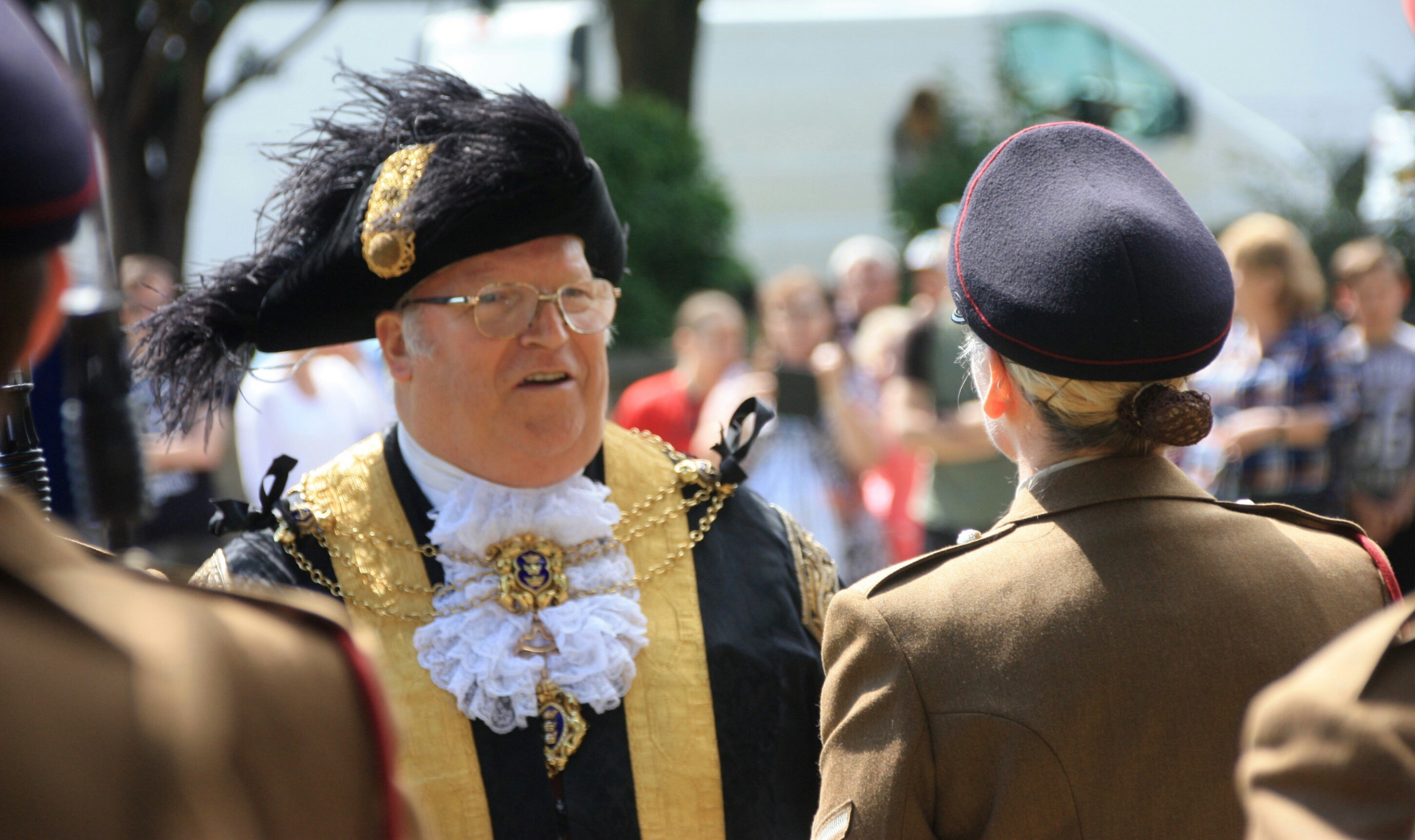 More than 100 soldiers from The Yorkshire Regiment exercised their right to march through Kingston upon Hull, drums beating, colours flying and bayonets fixed...

The parade commenced in Queen’s Gardens taking a route through the city passing in front of the Cenotaph and The Lord Mayor of Kingston upon Hull, Councillor John Hewitt took the salute.

Councillor Hewitt, said: “This is a fantastic opportunity for Hull to show our support to The Yorkshire Regiment for their bravery and dedication. Our city has a long and proud history of supporting the Armed Forces and the Freedom Parade is another way of backing them. I hope that people take the opportunity to enjoy the regiment’s march through the city and the various activities in Queens Gardens for Armed Forces Day.”

Lt Col Yates said: “We very much enjoyed exercising the freedom to march through Kingston upon Hull as part of Armed Forces Day and very grateful to the Lord Mayor and the people of the city for giving us this honour. Many of our soldiers and officers, both Regular and Reserve, come from Hull and it was with a huge sense of pride that we marched alongside members of the 2nd Battalion the Yorkshire Regiment, the Army Cadet Force and Regimental Associations on the day.

A Drum Head Service was conducted in Queen Victoria Square by the Regimental Padre, the Reverend Ben Norton. This was followed by a short display by the Regimental Band. The Parade also included an RWMIK armoured Land Rover and a Foxhound armoured vehicle.