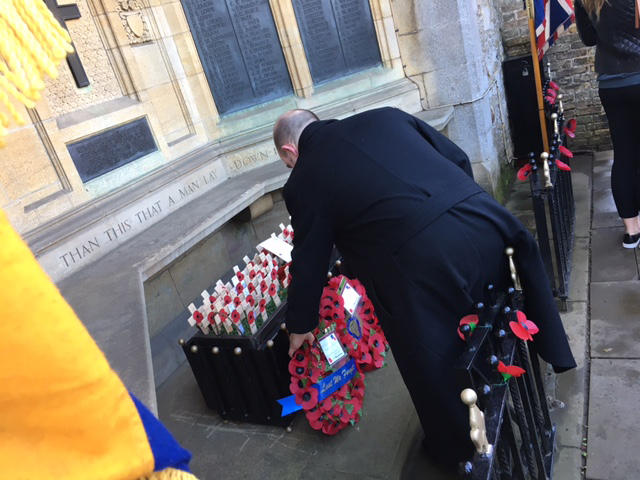 Armed Forces veteran and founder of Forces Recruitment Services, Graham Brown, along with Adam Bonner, FRS Operations Manager, joined fellow veterans, local dignitaries and members of the public this morning to pay tribute to the fallen in wars and conflicts since.

At 11am the bells of Ely Cathedral rang and Ely's City Centre came to a standstill for two minutes silence, commemorating the moment the guns fell silent for peace at the end of World War One, on 11th November 1918.

Graham, who was 20 years old when he served in the the Gulf War (2 August 1990 – 28 February 1991), laid a wreath at the War Memorial and swapped stories with the Mayor of Ely, Ian Lindsay, himself an RAF veteran and Mayor Lindsay's wife, Suzanne (image below). 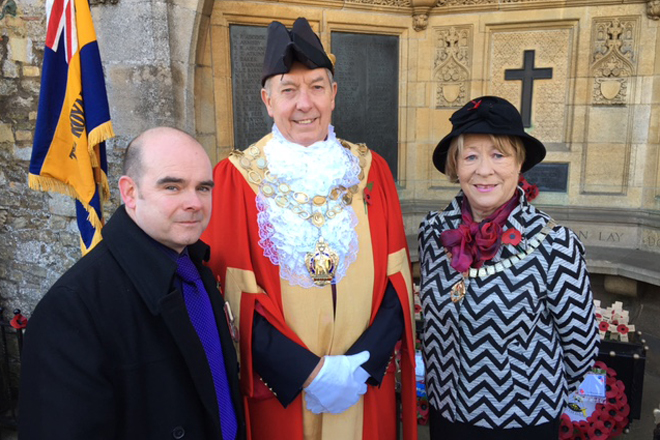 On Remembrance Sunday, a longer service will be held at Ely Cathedral starting at 10.55am followed by a similar service at Ely's War memorial in the Market Square.