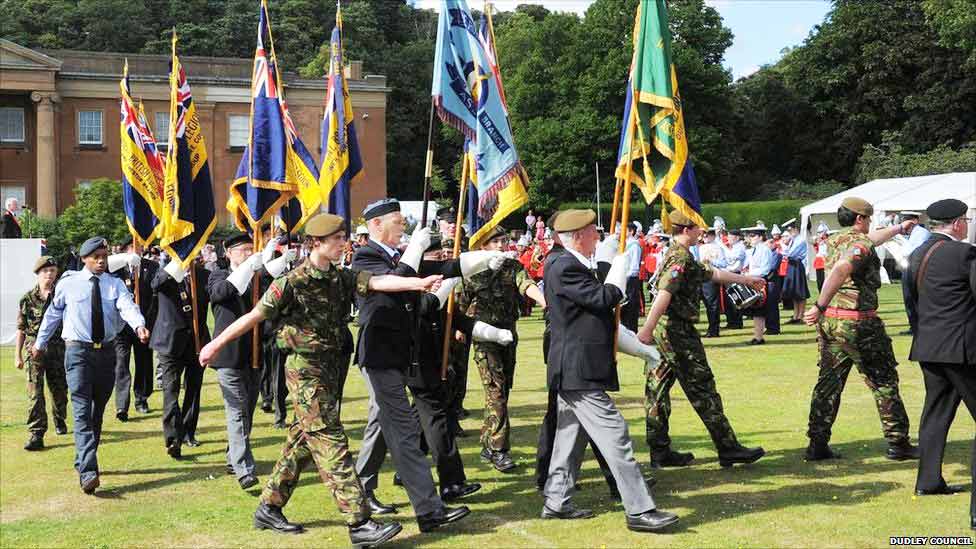 On Sunday 26th June 2016 local communities got together to celebrate Armed Forces Day 2016, which was held at Himley Hall in Dudley.  Forces Recruitment Services (West Midlands) was the proud sponsor of the event and our representative gave a short speech following the welcome address from the Mayor of Dudley Cllr Mohammed Hanif.

Adam Bonner, Operation Director at Forces Recruitment Services said, “Paul and I have in excess of 22 years service in the military.  We are passionate about raising awareness of the Armed Forces and are committed to supporting and guiding ex-military personnel into a broad range of civilian roles.  Forces Recruitment Services are thrilled to be able to support such a wonderful event and I hope everyone enjoys the the day.”

Paul Lewis, Forces Recruitment Services (West Midlands) Director said, “I am very proud to work with Dudley Council and support an event for the community of Dudley, but also proud to show my passion about the Armed Forces and that’s not just to those who are serving. It’s also to those who have served, no matter how long or when."

The day was fantastic with a Spitfire flypast from the RAF Battle of Britain Memorial Flight Team, a Helicopter from HMS Daring, many displays and the D-Day Darlings performing many War Time Classics.  There was also a Veterans Badge Presentation to many veterans.