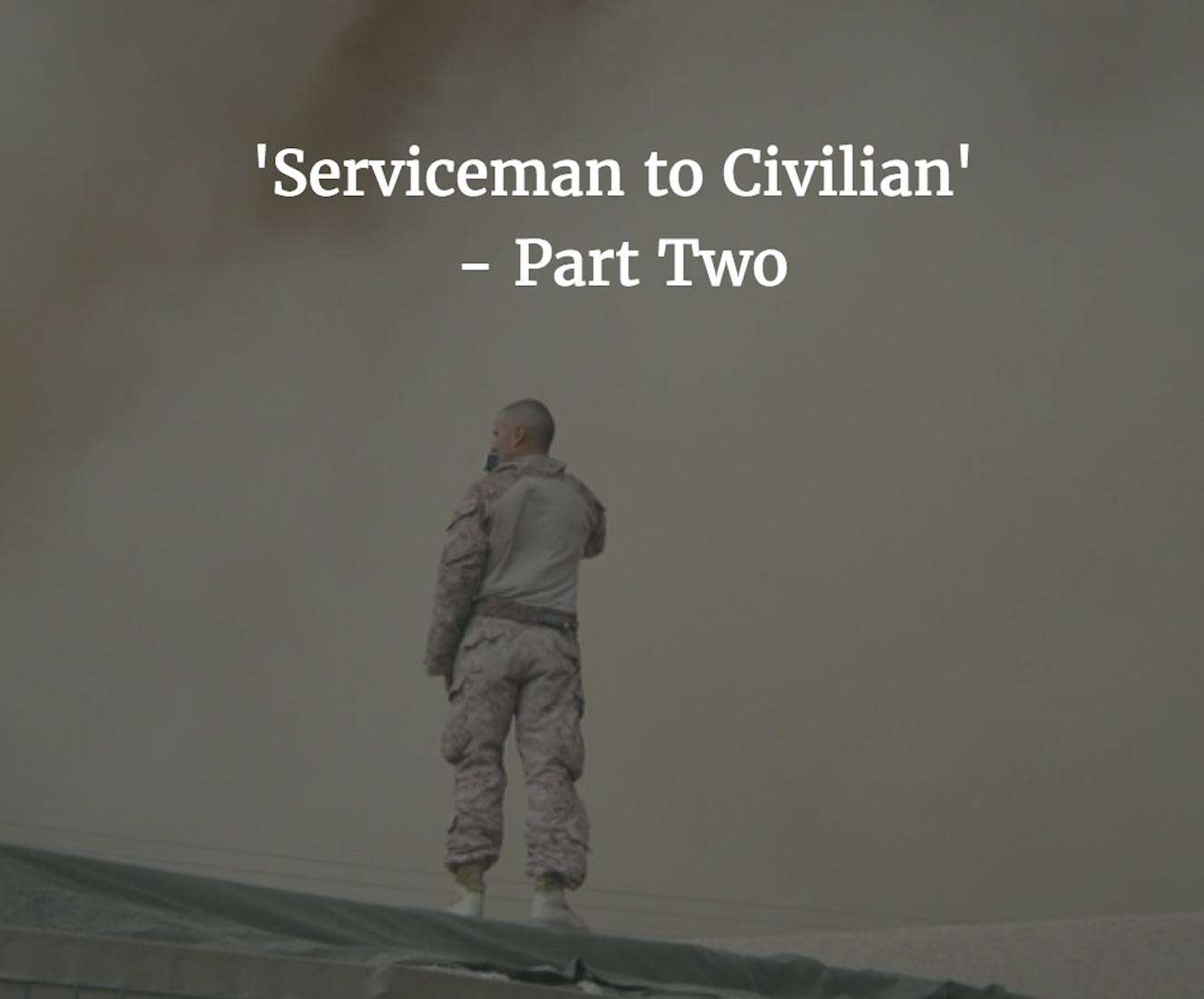 After thirteen years in the British Army, Ben is preparing to become one of over 14,000 skilled and experienced service members who transition out of the Armed Forces every year in the UK.

In this second 'Serviceman to Civilian' blog, Ben describes his first day after making the decision to leave the armed forces.

On Wednesday 16th September 2016 at 11 o'clock (that felt very strange writing the date and time like that!) I sat at my computer terminal at work,  having clicked my way through 6 stages of process to terminate my service. Now, with the final click of a mouse, my career would begin a 12 month countdown to completion. I have to admit, the cursor hovered over that last button for a few minutes whilst I contemplated my decision. With a deep breath, I hit the button on the mouse and began my transition into a civilian.

I immediately phoned my wife Clare who was formally serving, and had left 6 years earlier. I confirmed I had conducted the action that we had discussed extensively the previous evening.  I could hear from her tone that she was speaking with an ear-to-ear grin on her face as I delivered the news. It was a brief conversation, yet one which I will never forget. We said our goodbyes and she cemented her approval with the parting words “I’m so proud of you.”

It was at that point after I got off the phone, that I realised that I actually had no idea what I wanted to do next!  I had always played with the idea of joining the Police, or Prison Service or anything with a similar feel of the government organisation that I had worked for over the past 13 years.  It was then that I sat down with my phone and started looking through various job websites to see what trades my skills would transition into.  I literally looked at anything and everything; tinker, tailor, soldier (nope, already done that!), spy.  And then it hit me!  The sudden realisation that I could do ANYTHING!  After all, I have 12 months, a few thousand pounds worth of learning credits to use to re-train myself into whatever I wanted to do.

I spoke, albeit briefly to a few friends who had either recently made the transition or were still going through the final stages.  They threw advice at me left, right and Chelsea!  I listened to every word they said and took everything on board.  The most important and repetitive piece of advice I got was along the lines of “It’s shocking just how quickly things creep up on you – Plan the work and work the plan!”

Time to move onto complete some mandatory activities to solidify my place on the resettlement ladder.. or snake depending on your outlook!