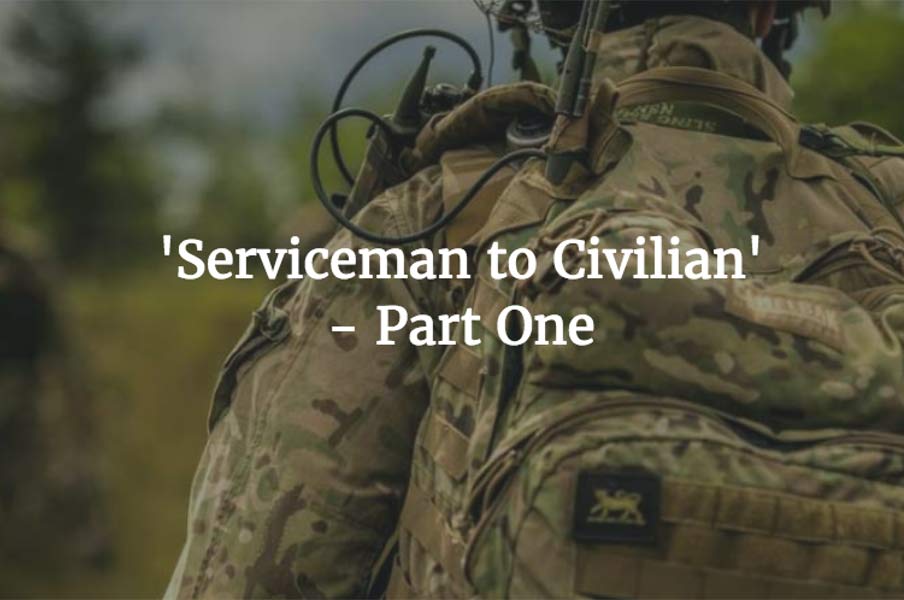 After thirteen years in the British Army, Ben is preparing to become one of over 14,000 skilled and experienced service members who transition out of the Armed Forces every year in the UK.

You can follow Ben on his journey in his own captivating series of blogs, in which he details his experiences and thoughts during resettlement to transition into civilian life.

In September 2015, I made one of the most difficult decisions I have had to make in many years. After little over 13 years serving in the British Armed Forces, reaching the rank of Staff Sergeant, I decided to terminate my service and give ‘life on the outside’ a shot.

Now, in February 2016, I have decided that like many journeys, there are important lessons to be learned and most people only do it once, so why not share my experiences; both the highs and the lows!

I have only 7 months of my contract remaining, meaning I have 7 months to find myself a new career. Luckily, I moved out of service accommodation a few months before I even considered terminating my contract, or what is known to every serviceman as ‘pushing the button.’ Named as such for the ‘7 clicks’ required to provide formal notification that you wish to leave.  Leaving service housing early has softened the blow of having not only to find a new career, but also relocate the whole family; which believe me can be an operation in itself. I know, as it is something I have had to do internationally a number of times.

I intend to write this blog on a weekly basis publishing every Sunday evening.  I hope that maybe, the information I gather or avenues which I take, may in some way help others who will be taking the journey in the future.

My name is Ben, and this is my journey from Serviceman to Civilian...

Next Week: 'One Giant Leap'