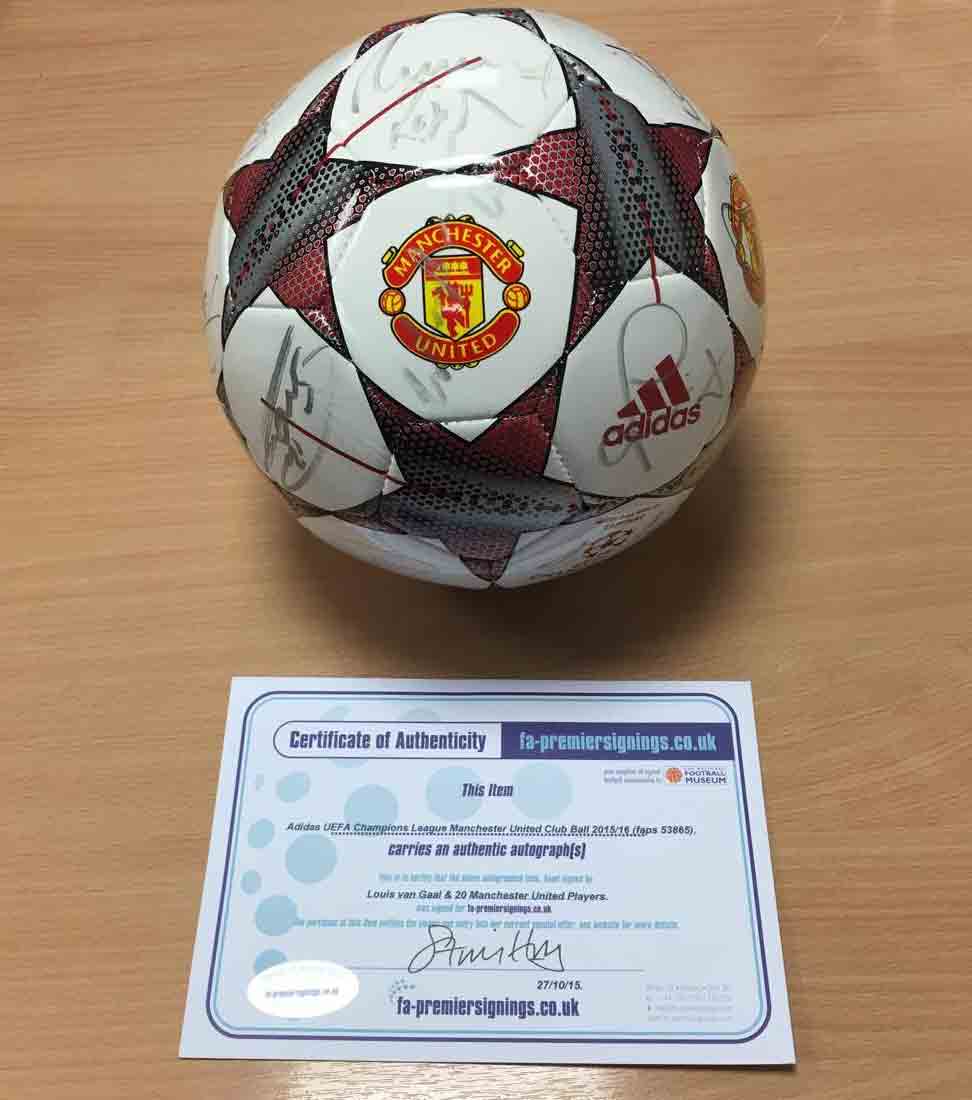 We're giving you the chance to win a Manchester United football signed by twenty-one of the 2015/2016 squad including Louis van Gaal.

The ball is a UEFA Champions League match ball replica and comes with a certificate of authenticity.

You can win this amazing prize by donating £10 to Combat Stress via their website. As long as you highlight the reason for donation as 'Manchester united signed football raffle,'  you will be automatically entered into the competition. You can do this as many times as you like to increase your chances of winning.

**REMEMBER to highlight your reason for donation as 'Manchester united signed football raffle' otherwise your donation will still be accepted, but your name WILL NOT be entered into the competition.

How will the winner be chosen?

The winner will be chosen at random by Combat Stress.

When is the closing date?

Your chance to win commences today, Saturday 5th December and will end at 0900hrs on Monday 21st December 2015.

By supporting Combat Stress, you’ll be helping them to continue delivering their unique range of specialist treatment and welfare support, free of charge, to ex-armed forces veterans aged from 18 to 97 in the UK.

You can find out more about Combat Stress on their website.

This prize has kindly been donated by Paul Lewis, Regional Director of FRS Birmingham (East).