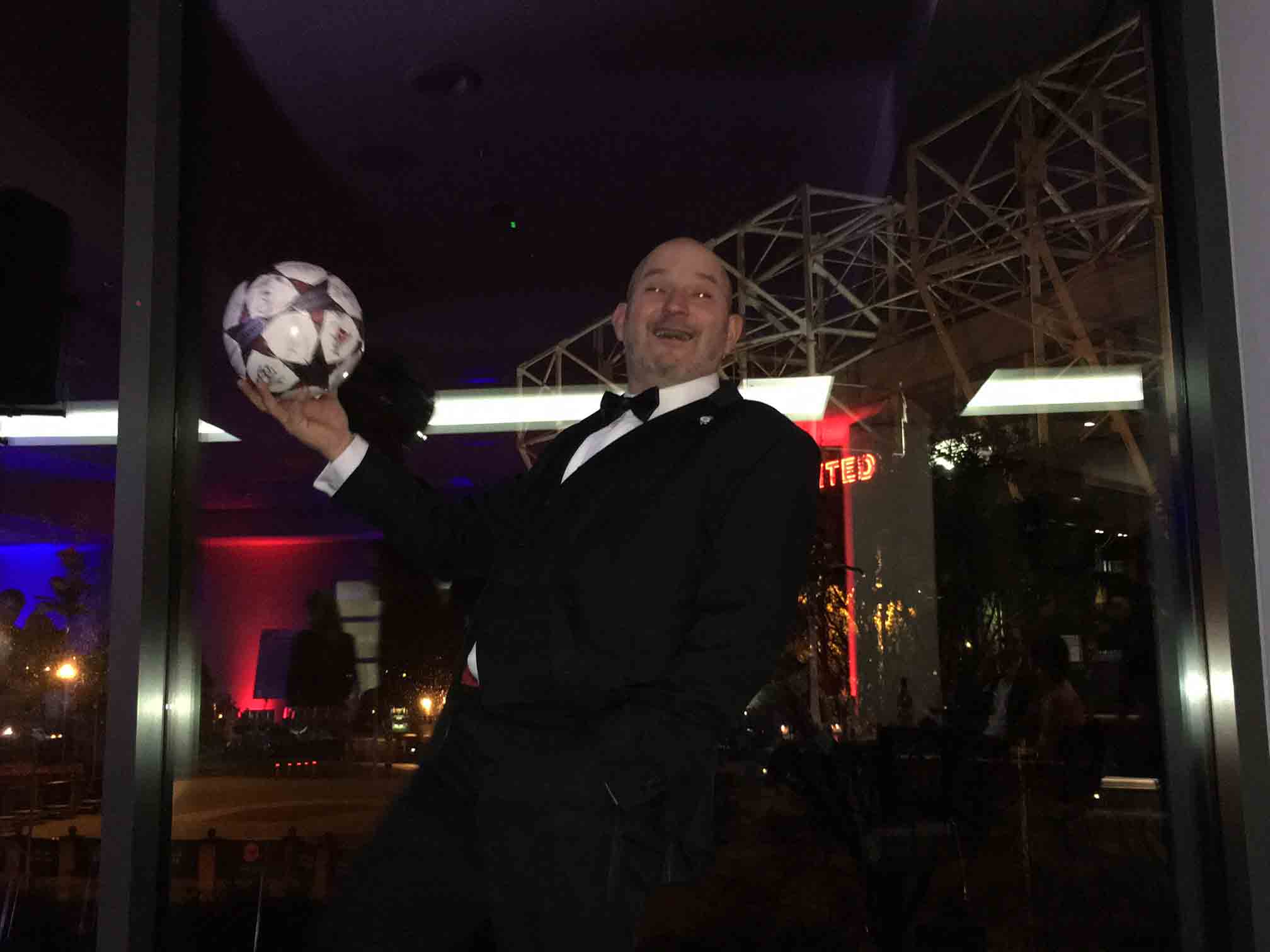 Forces Recruitment Services was thrilled to have been shortlisted for an award at this year's inaugural Nationwide Resettlement Awards.

The Nationwide Resettlement Awards was held at Hotel Football in Manchester yesterday (4th November 2015), a stone's throw from the famous Old Trafford ground. Although it was a close call, Forces Recruitment Services (FRS) were 'pipped at the post' for an award. However, we didn't come away completely empty handed. Paul Lewis, Regional Director of the FRS Birmingham office won, to his great delight, a signed Manchester United football!

The Nationwide Resettlement Awards were created to celebrate the achievements of Service Leavers who have successfully progressed through the transition from life in the Armed Forces to life as a civilian.

Michael Brash, Editor of Pathfinder International magazine commented, “It is important that we celebrate the achievements of Service Leavers during resettlement, which can often be a challenging time and daunting process. With this in mind we were delighted when a company of Nationwide’s standing was quick to sign up as headline sponsor of The Resettlement Awards.

Stephen Uden, Nationwide’s Head of Citizenship, commented, “Nationwide was proud to sponsor these inaugural awards celebrating the achievements of Service Leavers successfully progressing to civilian life and those organisations who support personnel in making that transition. For us, as a mutual with our roots in the community, we believe our members want us to do all we can to support our Forces personnel, in recognition of the contribution they make.”

“Nationwide itself has a strong tradition of supporting our armed forces with their financial needs: we’ve published our Armed Forces Guide to Homes and Home Ownership, available to download free at http://www.nationwide.co.uk/forces-help-to-buy, which provides a wealth of information, from different rental options, to buying a home or becoming a landlord – and through the MOD’s Forces Help to Buy scheme, we’ve already helped hundreds make the transition from living on base, to owning their own home.”