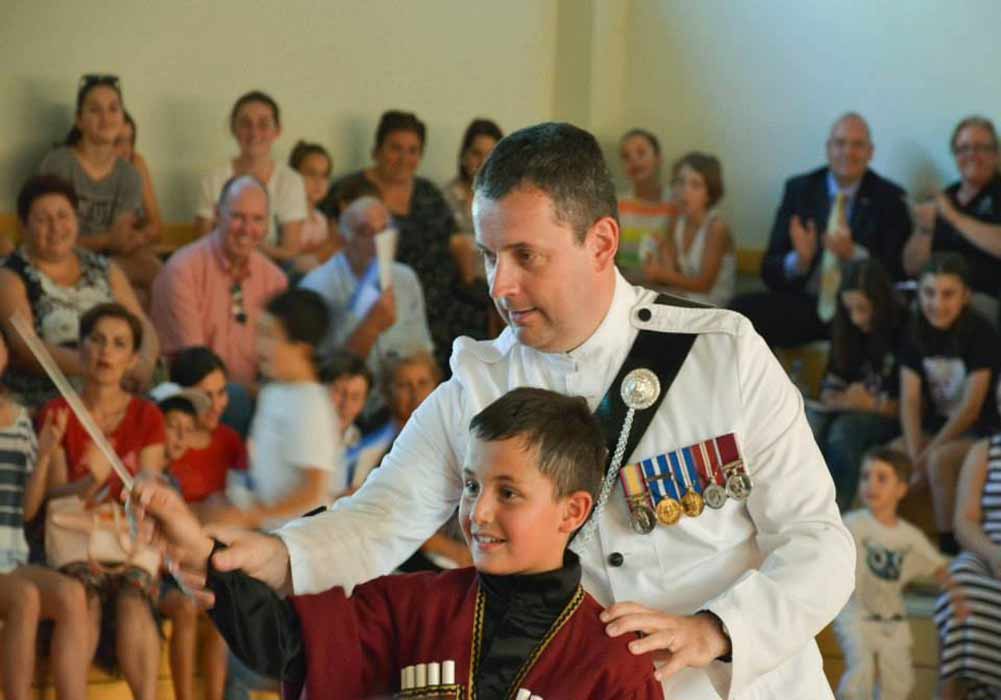 FRS Director's Role as a Reserve

The event was one of fourteen other engagements organised by the British Embassy during a two-week visit to Georgia and Armenia. The events were arranged in support of the MOD’s wider policy of Defence Engagement and in this case using music to support the Embassy’s activities.  This particular concert was for Internally Displaced Persons (IDP’s) in Georgia who have been unable to return to their homes since the Russo-Georgian conflict in 2008.

Lee, Regional Director of the FRS South West office, is also a Warrant Officer Class One (Bandmaster) with the ‘The Salamanca Band and Bugles of The Rifles’ based with 6 Rifles in Exeter.

The Salamanca Band and Bugles of The Rifles held a concert at the Tserovani IDP settlement in Georgia, accompanied by young, local musicians. The main photo shows Lee conducting the band with a child from the local community at the concert, which was also attended by Representatives of the Georgian Government and Diplomatic missions in Georgia.

Instead of using the cumbersome drum, the earliest Riflemen used bugles to communicate orders on the battlefield.  The Bands have evolved a unique style of music to match the Rifles faster marching pace of 140 paces to the minute.  Besides playing at concerts, the Band and Bugles lead ceremonial military parades, play at military tattoos and festivals and provide music for formal Regimental dinners.

‘The Salamanca Band and Bugles of The Rifles’ have a Facebook Page where you can find out more about what they do.