We have jobs available for ex Army, Navy, RAF and other skilled people right now!

Help us find the perfect range of jobs for you, ex forces of not, by submitting your CV.

New vacancies for ex Army, Navy, RAF and non service personnel are being added to our website constantly.

What our clients say:

'I found FRS to be professional, personable and helpful." 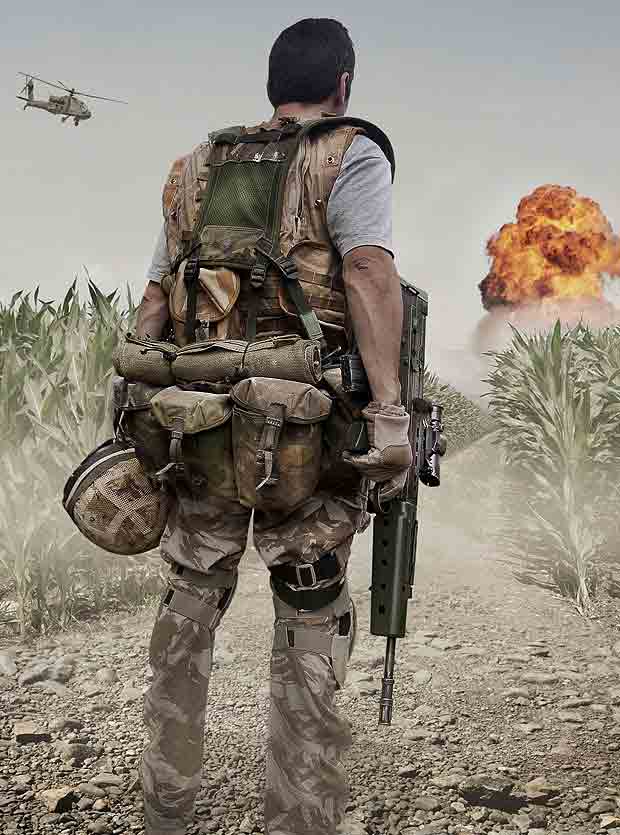 5 Tips for Transitioning from Military to Civilian Employment

This article has been written by Daren Knight who served for 13 years as a UK Royal Marines Commando and firearms/tactics instructor to elite military forces and provides some fantastic advice for those transitioning from the Armed Forces to Civvie Street.

I've spent this morning speaking to a UKSF friend of mine who has had a terrible time transitioning from military service into the civilian workplace. This afternoon, another friend from the Royal Marine Commandos called me to ask for advice, as he is soon to complete his military career and is looking for work in 'Civvie Street'. When I myself finished my military service, I struggled with the transition, and I've seen plenty of friends and colleagues going through the same problems. Whilst I'm not an HR manager, military career transition expert or motivational speaker, these are purely my own thoughts and opinions, and so decided to pen them here in case they could be of some interest or use to others.

I've read a lot of articles titled along the lines of "5 Top Tips that a US Navy SEAL/Ranger/Commando Yomping Stomping Baby-Eater Gives for Leaving the Military Ninja Hard-As-Nails Corps" - if you're expecting something like that here, move on, my experience is that the black balaclava and skull & cross-bone patches have no place in the civilian workplace, no-matter how much you think it'll get you a romantic liaison at the office Christmas party!

The military is a tough place, where tough things are done by tough people who have earned their 1000 Yard Stare the hard way. Whilst military people can 'spin their dits' (tell tales of derring-do) openly with each other, not everyone in Civvie Street wants to be reminded every day of what you were and what you did. Yes, some people are going to be fascinated and will want to hear your anecdotes, but an equal amount of people either don't understand it, don't care about it, or may even disagree with what you did. Some people will be excited, some people will be intimidated, and some people will be indifferent. Especially in commercial middle and senior management environments, I've seen excellent former military people slowly ostracise themselves by living their work-life as though they're still in the military, using all of the buzz-words and advising on how "Well, we did it like this in the military". If your civilian colleagues wanted this, they would have joined the military themselves, but they didn't - you joined them.

Remember, the military empowered you with some incredible personal skill-sets. Use them. Let go of the uniform, rank structures, meta-language and tactics, and bring with you the confident, humble, self-aware and fun person that you are.

A common thing that I see is newly transitioned former military who solely network with their peers. Yes, building up a solid network foundation is important, and your peers will be the people who will help spread your reputation by word-of-mouth, however - don't limit yourself. Learn about the movers and shakers of the industry that you want to move in, and then strategise how you're going to network with them. LinkedIn is a fantastic tool for this, with executives and senior management teams being accessible at the touch of a button. If you do use social media (which I personally have found invaluable), use it wisely. Market yourself and your reputation by ensuring that every word publicised is of relevance and value. Figure out where you want to go and then work hard on proving yourself to the people that matter who are already there.
Remember - networking is a two-way street! Asking everyone you meet for a job or publicly complaining that no-one is giving you a job is going to get you nowhere fast. Share  advice, information and things of use to others - give what you can before you expect to receive from strangers.

I can't speak for other military Units, but I do know the importance that the Royal Marine Commandos place on it's ethos, standards, and character traits. An example of this is what we call our 'Commando Spirit', that all Marines aspire to incorporate into their day-to-day character traits, which are made up of the elements of 'Courage, Determination, Unselfishness, and Cheerfulness in the Face of Adversity'. Although these character traits work well for those who carry a 100lbs bergen (aka rucksack) across austere lands with tracer rounds going up-range, they work just as well in the civilian workplace. My honest opinion is that the military teach us better than almost anywhere else I know about the value of strength of character and self-discipline. Civvie Street has the entire spectrum of character types in it, and unfortunately some people may not be to the standard that you perceive to be equal to your own. Never ever lower yourself to the lowest common denominator - just because other people may lower their standards or cut corners, don't follow suit. If anyone asks me what the most important character trait is, I always say integrity. The military taught us what it meant to have integrity, and then tested us for it - repeatedly. In the civilian workplace, always be the best person that you can possibly be. You've done it before, so do it again.

I think that this is probably one of the more difficult lessons to learn. No-matter how long or how little you served in the military, you're going to be institutionalised to some extent. The military organisation that you're institutionalised to is unlike anything you'll find here in Civvie Street, and so you have to truly understand the organisations and people that you are joining.

Every company has it's own culture, and it is the culture of the company that you join that you need to understand and adapt to. Although you may bring a wealth of skills and ideas with you, they were there before you, and were probably doing ok without you. Don't think that you can ever just bounce into a workplace environment trying to enforce the military working mindset onto your new place of employment. I can assure you now, it won't go down well. To be honest, in my personal experience I've witnessed that Senior Ranks have struggled with this the most, as they have gone through years of successful management roles and systems, only to find that things are done very differently in Civvie Street.

Learn the culture first, adapt to that culture, and then lead by example within that culture.

For anyone who has spent a considerable amount of time in the military, when you 'go outside' (the term we use for leaving the military), 'civilians' are far more experienced and qualified in Civvie Street than you are. They've been doing it a lot longer! If you want to get on well and progress, you need to catch up fast. Personally, I've turned into an education sponge since I went outside, taking every single free and paid course, seminar or session that I can get my hands on. My ability to teach civilian colleagues urban warfare and room clearance drills has mostly gone unasked for, and so I have educated myself in as many aspects of their business as I possibly can.

I'd always suggest to think broad as well. You may know how to encrypt a message into code and send it as a short-burst transmission through an antenna that you improvised from a barbed wire fence, but do you know about AdWords and SEO, or HR policy and legislation, or a product life-cycle matrix and market entry strategies? In whatever line of work you move into, find out all of the functions of the business and try to learn as much general information as you can on them.

Remember, when you first join a civilian employer from the military, you'll be playing catch-up in some shape or form. Get ahead of the curve by assimilating as much knowledge and skills as you possibly can. There's no such thing as being perfect, but there's nothing wrong with putting yourself on that endless pursuit for perfection.

I've been outside for coming up on 10 years now. I'm the first to admit it, I found the transition to civilian life quite traumatic. In that time, I've known countless friends and colleagues who have gone through a similar experience. Talking to my two friends today has brought these memories to the fore for me, and so I have written this post in the hope that it may resonate with others like me or even be of some assistance to someone considering leaving the military for a new career in the civilian world. If I could summarise my advice into a few sentences, it would be as this...
For those of you that have been at the sharp end of military service, you know what it is like to have had 'that' look in your eye and fire in your belly. You were trained to an exceptional standard to be the best that you can possibly be. Anchor yourself to those feelings and remember your worth. Go into Civvie Street confident but with humility and a desire to learn from those around. Finally, no-matter what environment you're in, always always always do your best by yourself and your colleagues, as it won't go unnoticed.

Daren Knight is now the Founder and Managing Director of a security and risk mitigation company Knight Associates who provide bespoke security solutions across the globe, working directly with Royalty, Heads of State, government agencies and senior multinational corporate executives.

HATS OFF TO THE BEST HIRING PLATFORM SINCE THE JEDI ACADEMY

BRILLIANT ON PAPER BUT UNFULFILLED IN A ROLE